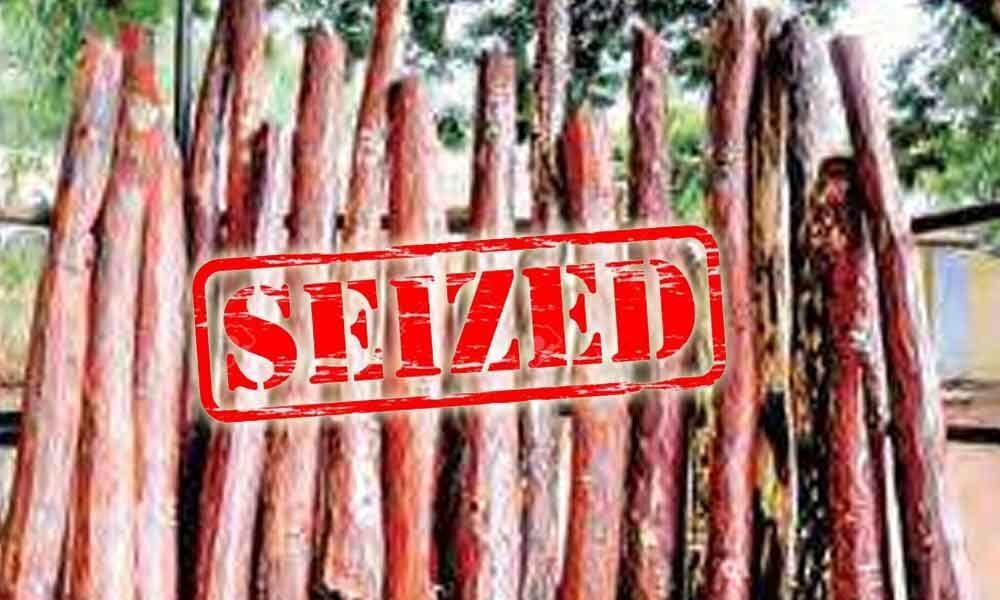 According to Pulivendula DSP K Sudhakar, police nabbed the accused during the combing operations while they were illegally transporting the red sander logs from Seshachalam forest area.

Meanwhile, for the last 15 days police and forest department have seized about Rs 2 crore worth red sanders from Seshachalam and Lankamalleswara forests in the district.

Despite police and forest departments taking several steps for preventing red sanders smuggling, the activity has been going on unabated with the smugglers adopting different methods.

Smugglers have developed contacts with the locals living in the villages located near Seshachalam, Lankamalleswara forests by offering them huge amounts to carry out their trade.