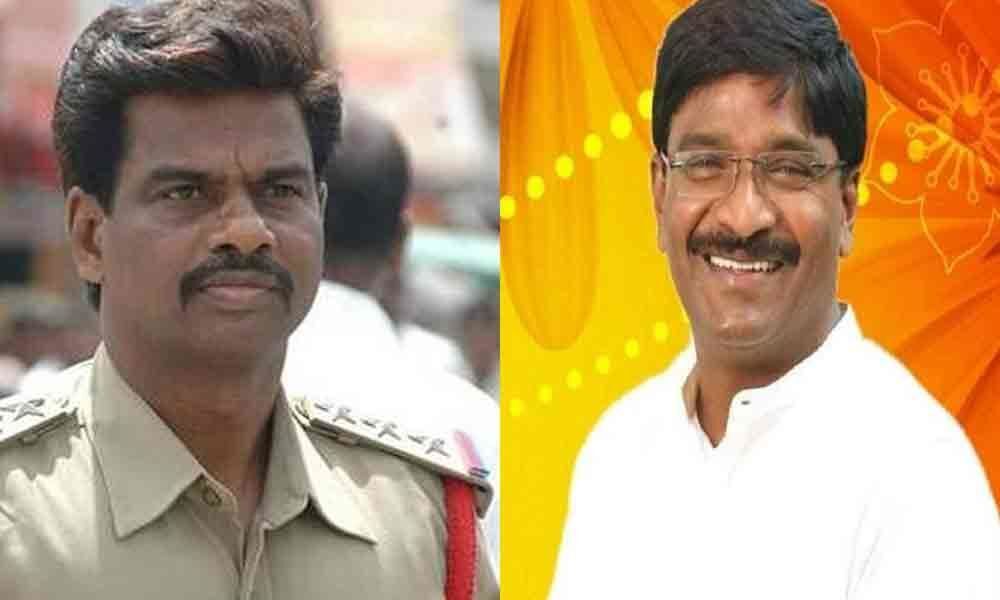 Two bureaucrats in the state government and political novices turn into giant killers in Anantapur district.

Anantapur: Two bureaucrats in the state government and political novices turn into giant killers in Anantapur district. The officials Talari Rangaiah and Gorantla Madhav have resigned from government service and took a plunge into politics. While their well-wishers thought that they are taking risk with their lives, they determined to test their luck in politics.

Rangaiah, a government official, hails from a community of Backward Classes. He not only defeated his rival J C Pawan Reddy, but trounced him by winning with a huge margin of 1,41,428 votes. He worked in several capacities in the district which include as a Municipal Commissioner and also as DRDA Project Director. The local card played by J C Pawan Reddy did not have any impact. Pawan Reddy, with over confidence, thought that he would win the polls easily, but it happened vice-versa.

Gorantla Madhav, a Circle Inspector of police also hails from a BC community. He was a Lilliput before Kistappa who had worked as MP for two times and as MLA for two times and served as minister in TDP government for Handlooms and Textiles. Madhav won over Gulliver, Kistappa by a huge margin of 1,40,748 votes.

The state government delayed his resignation till the last day of filing of nominations and only at the intervention of the Tribunal did the government release him from government service. Actually, at a time when everyone thought that TDP will be staging a comeback, there were no takers for the 2 MP seats as it is not an easy task to win from 7 Assembly segments in an MP constituency. But the two political debutants killed their opponent giants due to YSRCP Tsunami.