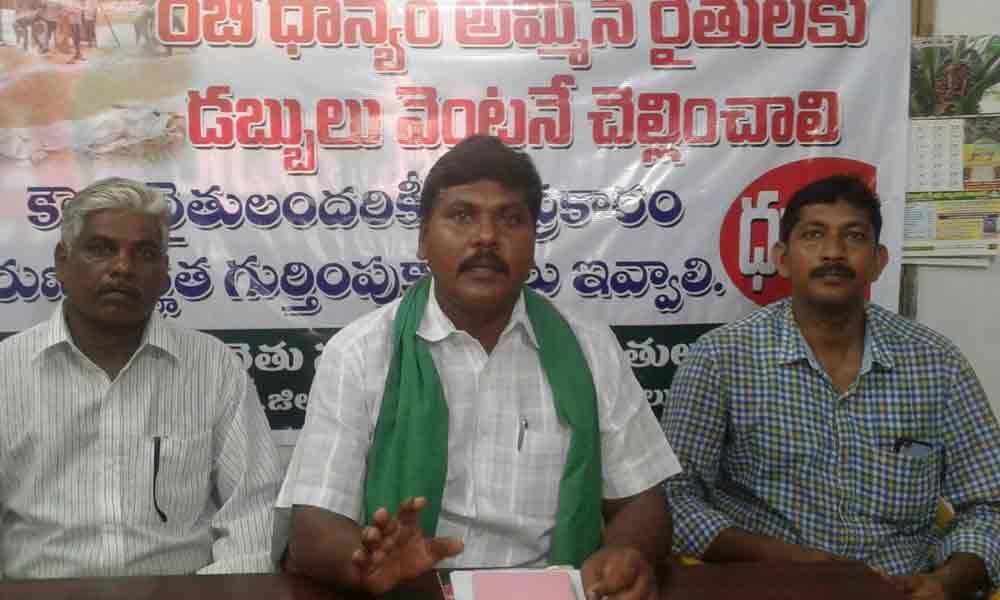 They demanded that the government initiate action against the bankers who had been giving loans to landlords by violating rules. They threatened to lock the banks if they failed to issue loans to tenant farmers. The Sangham leaders requested the government to supply seeds at 50 per cent subsidy to the tenant farmers who were getting ready for Kharif crop.