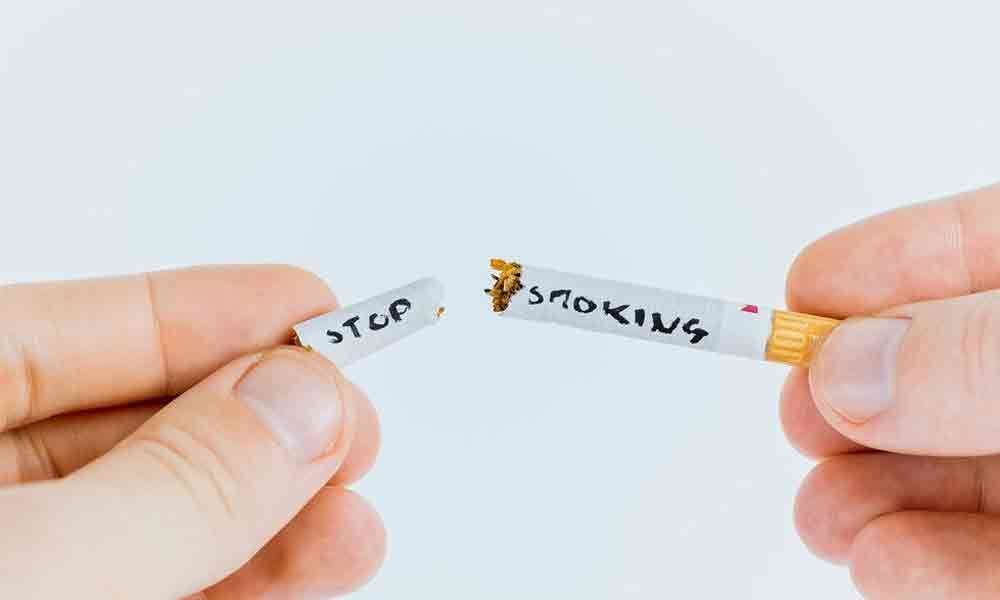 What started off as fun with his friends for Srinivas a couple of years back took a new twist in his life that had cost him dearly.

Visakhapatnam: What started off as fun with his friends for Srinivas a couple of years back took a new twist in his life that had cost him dearly. Six months later, he realised he could not live without smoking. Gradually, he began spending more time holding a cigarette than attending classes in the college.

One fine day, when his mother found a cigarette in his pocket while washing clothes, she was quick enough to come up with a possible solution to help Srinivas put an end to his addiction, taking him to a rehabilitation centre.

Today, the engineering graduate is a changed person. He aspires to settle in a job and extend support to his parents. "Those were the toughest days of my life. The best part is that I came out of it which I thought was close to impossible," he confesses.

With 'World No Tobacco Day' being observed on May 31, experts call for collective efforts of responsible individuals to help smokers consider small steps which would make a world of difference to them to shun the habit and lead a healthier life.

Sensitisation holds the key and it should start at an early age. "Wrestling with nicotine temptation is not an easy task. Especially, when it is associated with daily activities of life. For instance, some say they suffer from constipation if they don't smoke, others say they feel bloated without a fag after lunch.

Some also feel anxious without it. In such cases, the focus should be more on addressing the associated problems of cigarette smoking, providing conducive environment at home," observes Uma Raju, psychotherapist and chairperson of Green Valley Foundation, an integrated rehabilitation centre for addiction.

Recommending measures such as 'one step at a time' initiative which involves a day without smoking, Uma Raju says that leading a stress-free life, improving time management, following a healthy diet, practising relaxation techniques and getting diverted whenever one feels like smoking play an imperative part in stubbing out the habit.

Although parents and teachers play a key role in educating children on the pros and cons of substance abuse, experts say that the stigmatic topic should become the point of discussion more often than not at homes so that the intricacies involved in smoking and its negative impact on health becomes clear for youngsters.

Rather than initiating occasion-oriented campaigns, experts opine that the fight against tobacco to save lives from the clutches of nicotine addiction should become a constant endeavour of industries as part of their CSR initiatives.