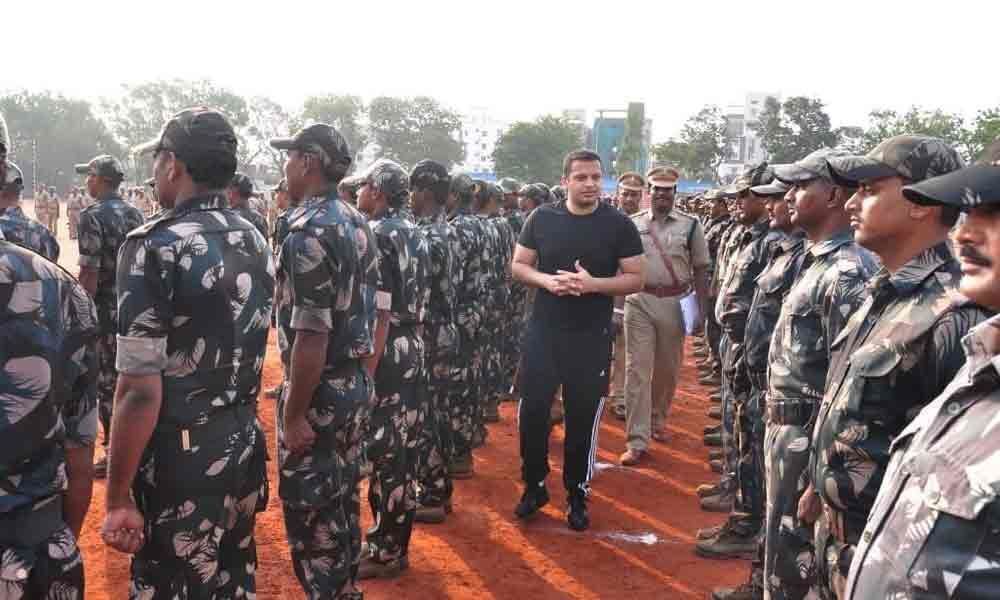 The SP inspected the parade by the district armed forces performed at the parade grounds and appreciated the personnel for their fitness and turnout.

He presented some prizes to them who has great turnout. The SP appreciated the armed forces platoons for their vigilance and security round the clock in the election duties like polling, EVM boxes security and counting votes. He announced that the department will select the active and physically fit men for the training in QRT and SWAT teams and will be used in emergencies.

He also presented water coolers to various offices in the armed reserve wing and responded to the pleas of personnel. He ordered the authorities to address the requests of the personnel in a positive manner and asked them to reach him on WhatsApp with any requests. AR DSP A Raghavendra Rao, RI Admin M Manohar Rao, RI Welfare K Ankamma Rao, RI Ch Subbarao and other staff also participated in the programme.