All arrangements being made for Dasara festival on Indrakeeladri 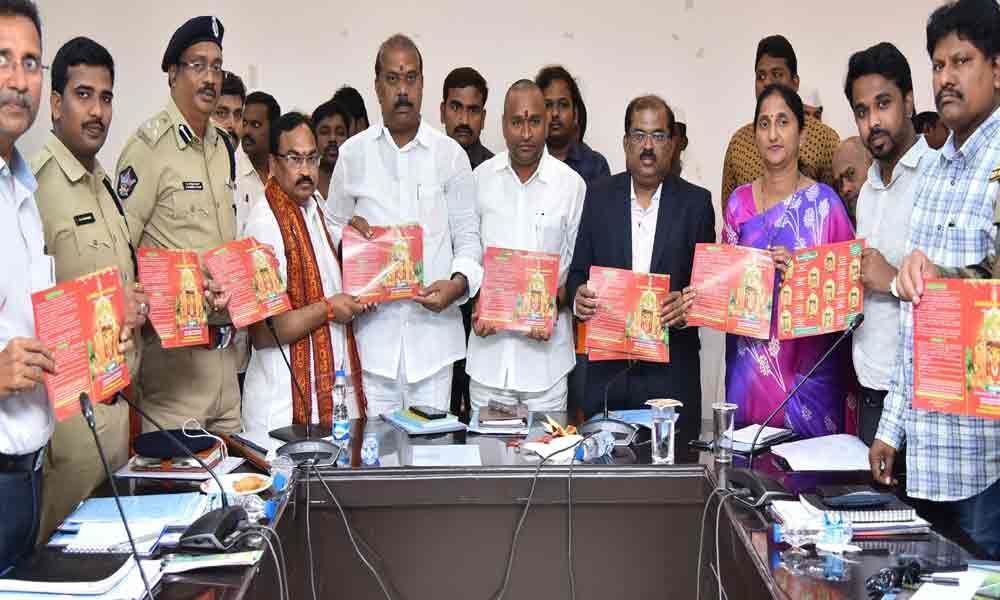 Vijayawada: The officials of Sri Durga Malleswara Swamy Devasthanam here on Saturday conducted a special meeting chaired by Minister for Endowments Vellampalli Srinivasa Rao to review the arrangements of the nine-day Dasara festival celebrations which will commence from September 29 on the temple premises.

Vellampalli Srinivas reviewed the festival arrangements and released the festivals brochure. On the occasion, the Minister said that the Endowments department would bear the total expenditure of the Dasara festival celebrations.

Krishna District Collector MD Imtiaz said that they would involve the staff of all the departments for smoothly conduct the Dasara celebrations. He said that the job chart would be made and it would be handed over to the employees in advance to the celebrations.

He also said that the services of voluntary organisations including NCC, NSS would be utilised during the nine days. He said that the festival would be conducted grandly by continuing the tradition.