All election promises will be implemented in toto: Muttamsetti Srinivasa Rao 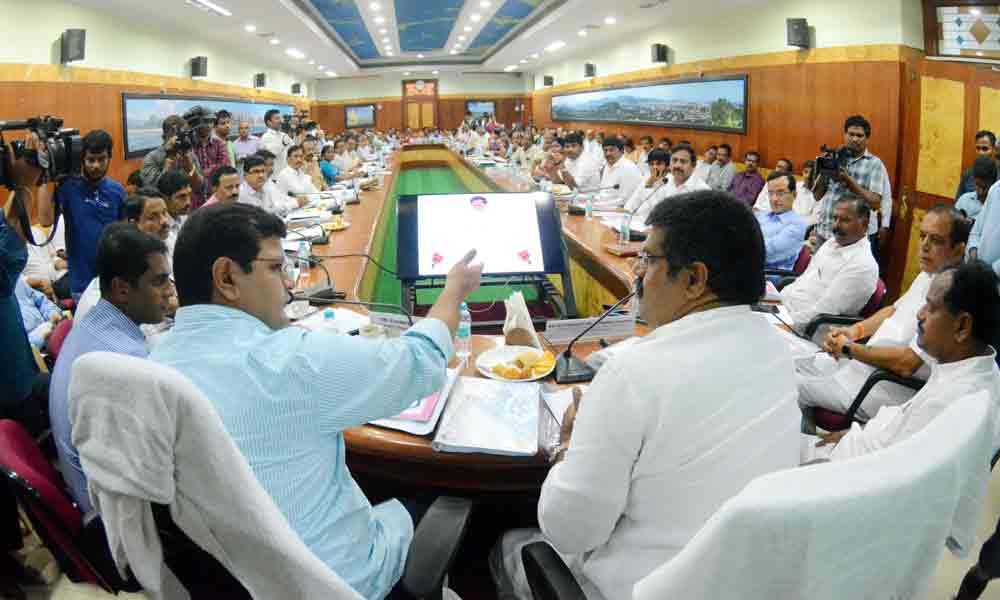 x
Tourism and Culture Minister Muttamsetti Srinivasa Rao at a review meeting at the Collectorate in Visakhapatnam on Thursday.
Highlights

Tourism and Culture Minister Muttamsetti Srinivasa Rao has said that all the promises made in the elections will be implemented.

Visakhapatnam: Tourism and Culture Minister Muttamsetti Srinivasa Rao has said that all the promises made in the elections will be implemented. Reviewing the progress of works related to various departments along with MLAs at the Collectorate here on Thursday, the Minister sought the cooperation of officials for successful implementation of welfare schemes in the district.

Reviewing the works in the limits of GVMC, he expressed concern over growing pollution levels and stressed the need for checking it. He called for tree plantation on a big scale. Similarly, the Minister reviewed the works in various constituencies across the district.

Works related to education, agriculture, irrigation health came up for discussion. Srinivasa Rao also laid focus on health of the people in the Agency. While stating that incentives would be given to those who put up good performance, the Minister warned stern action against the erring officials. Besides MLAs, officials of various departments took part in the review meeting.