All set for Rahul meet in Vijayawada today 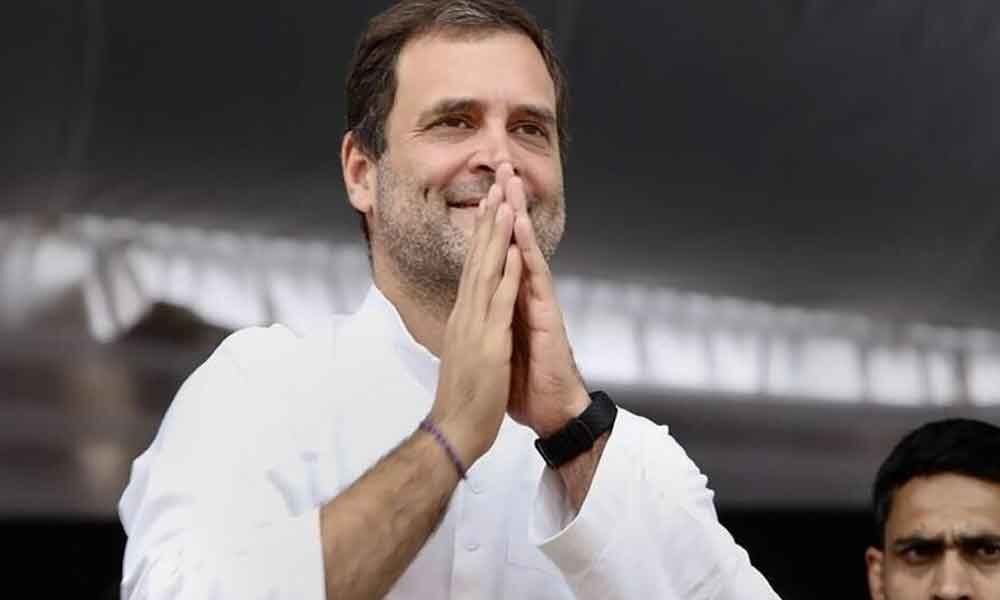 x
All set for Rahul meet in Vijayawada today
Highlights

All is set for the public meeting to be addressed by Congress president Rahul Gandhi at Makineni Basava Purnaiah Municipal Stadium here on Sunday.

Vijayawada: All is set for the public meeting to be addressed by Congress president Rahul Gandhi at Makineni Basava Purnaiah Municipal Stadium here on Sunday. Rahul Gandhi will arrive at the Gannavaram Airport and reach the stadium at 11 am.

Apart from reiterating his promise to accord special status category to the state, Rahul is expected to delve on his pet scheme 'Nyay'. AICC general secretary Koppula Raju said Rahul had done a detailed study about poverty in the country, BPL families living in the country and how to alleviate poverty.

He said every month Rs 6000 would be directly deposited to the bank accounts of the poorest of the people under the Nyay scheme. Elaborate security arrangements have been made for the visit of the Congress president. Special Protection Group commandoes had taken control of the stadium since Friday and will keep strict vigil in and outside the stadium till the meeting is over.

The ground has a capacity of 30,000 people. Koppula Raju, former minister Pallam Raju inspected the arrangements at the stadium on Saturday. They said party cadre from four districts of Krishna, Guntur, Prakasam and West Godavari would attend the meeting.