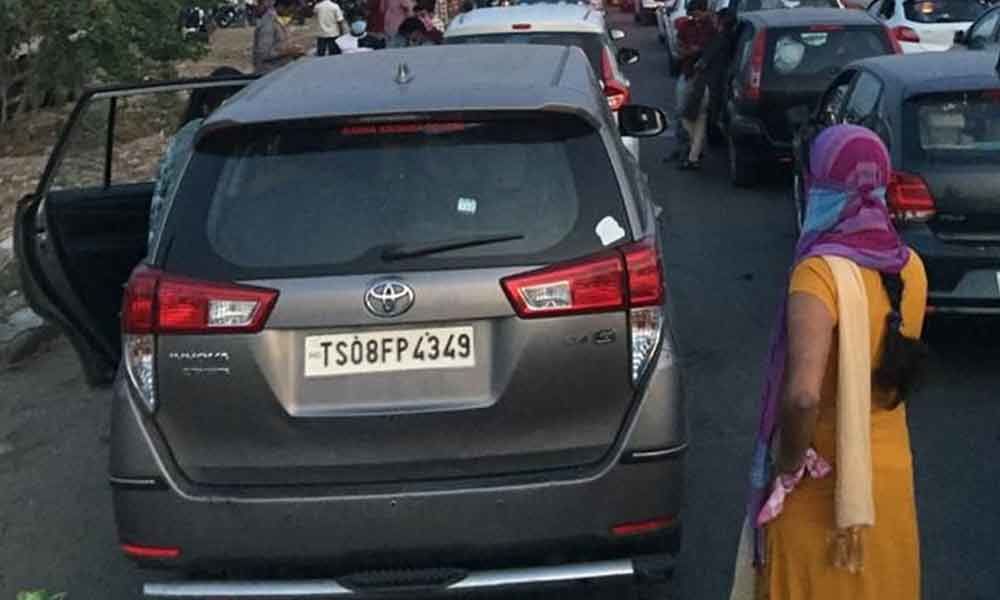 The people, including children, unwittingly ended up forming into a crowd at the borders, which further fuelled fears of coronavirus infections ...

Amaravati: Hundreds of people were denied entry into Andhra Pradesh at various checkpoints bordering Telangana on Thursday as authorities refused to ease the restrictions put in place due to the Covid-19 lockdown.

Devoid of drinking water and food for several hours, the irate passengers were seen pleading or arguing with police officials to conduct on-the-spot tests and permit their onward journey but the authorities were only willing to take them to a quarantine facility.

Anxious and helpless, these people, including small children, unwittingly ended up forming into a crowd at the borders. A few who agreed to go into quarantine were, however, permitted to cross the inter-state border at Garikapadu even as DGP D G Sawang asserted that nobody would be allowed to come in in violation of prohibitory orders.

Those unwilling to take the quarantine were asked to go back. Guntur joint collector Dinesh Kumar told PTI that several people who came from Hyderabad were sent back from two border checkpoints in the district.

"People are still coming. We are announcing a mass quarantine for those willing to stay for 15 days. We are arranging transport for such people (to be shifted to quarantine facility)," Dinesh said.

Nalgonda district in Telangana borders Guntur and Krishna districts of AP on different routes. On the other hand, people proceeding towards Kurnool in AP too faced a blockade on the border with Telangana at Mahbubnagar, reports reaching here said.

What triggered the mass travel by these people was the closure of hostels and paying guest facilities in Hyderabad city. By the time the two state governments got a grip of the problem, the hapless students and employees were on the roads, seeking to make a dash for their homes.

While the Telangana authorities issued special travel permits for these people to go back home, the AP officials have barred entry into the state, citing the lockdown. "If we allow people from outside to enter the state, it will defeat the very purpose of the lockdown," the DGP said in a statement here.

Reacting angrily to the DGPs statement of allowing only those who agree to be quarantined, Vijayawada MP Kesineni Srinivas asked why were (Indians) stranded in foreign countries flown back home.

"Had intellectuals like you advised in advance, they would have been left abroad! Stop irresponsible talks and come to the aid of thousands of people stranded on the inter-state borders," the TDP MP said in a tweet.

Having travelled this far with the no objection certificate issued by Hyderabad police, hundreds of passengers are suffering on the roads now as the AP police blocked their entry into the (home) state. Had the officials of the two states acted in concert, this problem would not have arisen, Kalyan said.

He requested the Chief Minister to ensure the stranded persons were sent home, with a directive that they remain in home isolation. "If they are left on the roads in this fashion, it will only create new problems," Pawan warned, referring to the crowding of the panic-stricken passengers.

Hundreds of people have been stranded at checkpoints on the Andhra Pradesh-Telangana borders since Wednesday night as authorities refused to let them into the state in view of the coronavirus lockdown.

After frantic SOS calls by the stranded people, including pregnant women and children, AP authorities finally agreed to let them in, on the condition that they be shifted to a quarantine facility.

While those who accepted the government directive were allowed in, others were left at the border points. As news came in that the student hostels and PG facilities were being re-opened in Hyderabad, most of the students turned back, with no hope of going home. The AP government said in a release on Thursday morning that 44 people who came from Hyderabad were shifted to a quarantine facility at Nuzivid. (PTI)