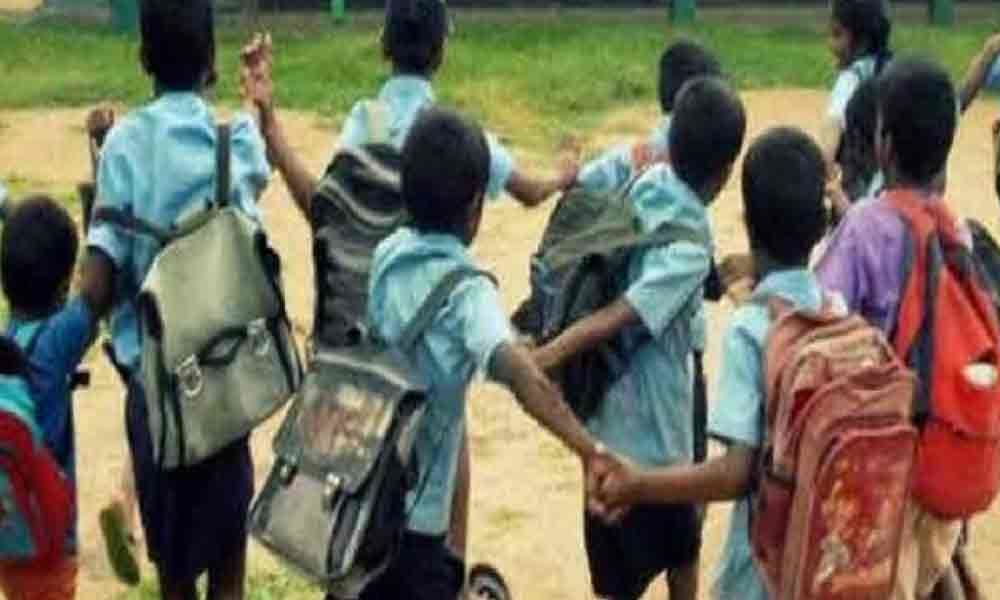 Parents are thronging to admit their kids in government schools with the announcement of financial support by the State government.

Nellore: Parents are thronging to admit their kids in government schools with the announcement of financial support by the State government. The situation finally leading to display 'No Seats' boards in front of the schools in many mandals giving respite to the Education department. Thanks to the State government that shouldered the responsibility of admissions in schools.

But there was no impact from the weaker sections. The situation suddenly changed with the announcement of financial support to the families, who prefer government schools for their kids.

The main reasons for sending to government schools are the support of Rs 15,000 from the government, instruction in English medium, the supply of midday meal with quality as part of YSR Akshaya Patra and no fee for instruction.

Now, the majority are withdrawing their kids from private English medium schools and are asking for admissions in government schools. "There was a dilemma whether the government keeps it promise on supporting the parents for the education needs of the children or not till now. But the situation changed with the announcement of the Chief Minister.

Some are continuing their children in Private English Medium schools since it was said support would also be extended to the students, who are studying even in such schools too," said K Venkateswara Rao from Kovur. Many schools in Kovur, Chittamuru, Kota, Vakadu, Kavali, Gudur, Nellore city, rural, Udayagiri, Atmakur, and others are witnessing such a trend from the parents.

Officials are optimistic about more admissions this year due to support from the government where all mandals witness the same situation by end of this month. The government high school of Mettu located in Chittamuru Mandal already displayed board requesting parents not to visit for admissions.

"Now, cooking staff is also happy that their honorarium was also enhanced from Rs 1,000 to Rs 3,000 and they are showing interest to continue in the work. Government schools now need not feel worried about admissions," said a headmistress from Manubolu mandal.

It may be recalled that the KNR Municipal High School in Nellore city has been displaying 'No Admissions' board every year because of good results and abundant requests for admissions from the parents. The trend is now extended to other government primary and high schools in other mandals.

Further, teachers appeal to the State government to focus on developing infrastructure to face stiff competition from the private schools that normally provide amenities more when compared to the government-run schools for attracting parents and children.