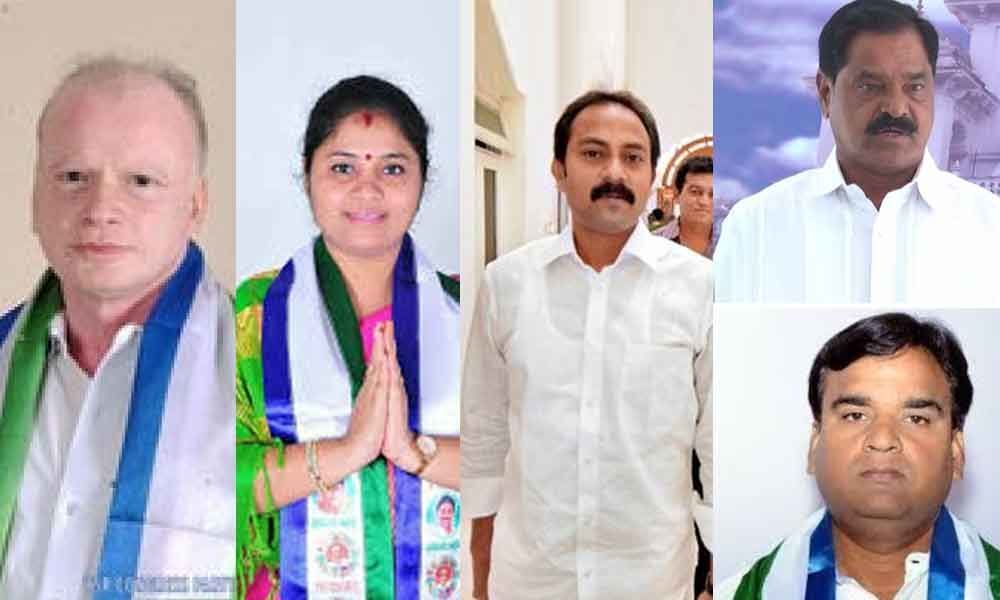 Here are the profiles of five ministers who also given the post of deputy chief minister...

Pilli Subhash Chandrabose is one of the deputy chief ministers in YS Jagan's cabinet who is also given the responsibility of Revenue and Registration and Stamps.

In the recently held assembly elections in Andhra Pradesh, Pilli Subhash lost in the elections with a margin of 10,600 votes. He secured 67,429 votes against TDP candidate Vegulla Jogeshwara Rao.

Pilli Subhas Chandrabose served as a minister twice in the YS Rajasekhara Reddy's cabinet and once in former chief minister Rosaiah's cabinet.

Apart from being deputy minister, Pushpa was also given Minister of Tribal Welfare. She is the lone woman deputy chief minister in YS Jagan's cabinet.

Sreevani is a native of Doramamidi village of Buttayagudem mandal in West Godavari district. She worked as a teacher before entering politics.

Srinivas was allocated with Minister of Health, Family Welfare and Medical Education and is also one among five deputy chief ministers.

Narayana Swamy who contested from Gangadhara Nellore (SC) won in the assembly elections by securing 103,038 votes against TDP candidate Harikrishna who bagged 57,444 votes.

Swamy is one of the five deputy ministers and is also responsible for the Excise and Commercial Taxes portfolio.

Amzath Basha is one among the five deputy chief ministers who won with a margin of 54,794 votes against TDP candidate Ameer Babu from Kadapa assembly constituency.

He will serve as Minister of Minority Affairs in the YS Jagan's cabinet. Basha was the incumbent MLA, having won the seat in 2014 by 45,000 votes.

This is the sixth consecutive time that a Muslim is being elected from Kadapa assembly constituency ever since the TDP had fielded Kaleel Basha in 1994.