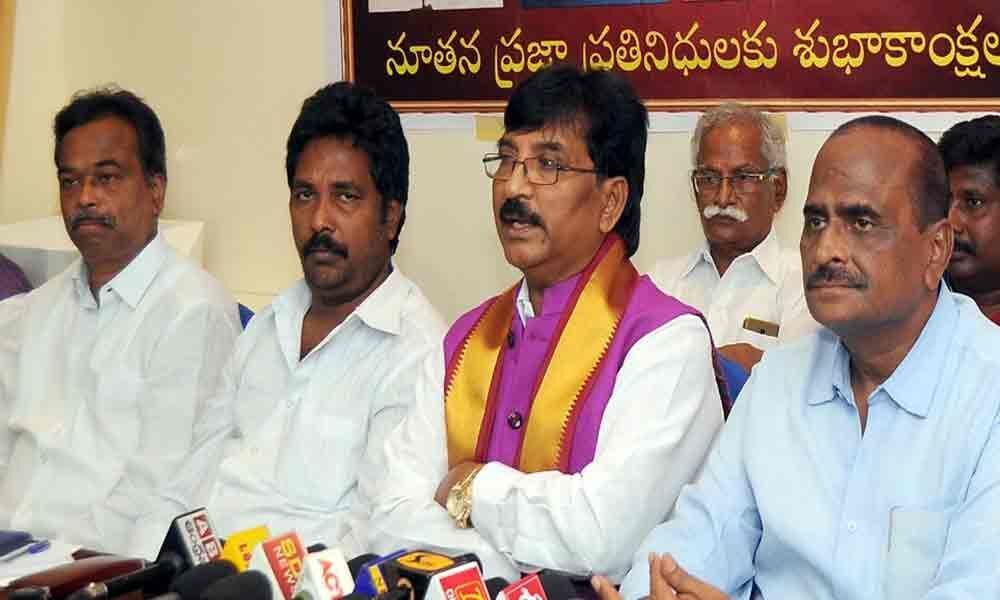 He appealed to Jagan that three MLAs, Kolagatla Veerabhadra Swami (Vizianagaram), Velampalli Srinivas (Vijayawada West) and Anna Rambabu (Giddaluru) were elected from the community. He also urged Jagan to appoint the community members in the nominated posts.

He recalled that the previous TDP government failed to allot Arya Vaisyas in the nominated posts. He also demanded that the new state government to allocate Rs 1,000 crore for the Arya Vaisya Corporation for the development of community.

He announced that the World Arya Vaisya Mahasabha would facilitate all the elected MLAs and MPs of both the Telugu states at Nagolu Subham Kalyana Mandapam in Telangana State soon. He also informed that former Tamil Nadu Governor K Rosaiah will participate as chief guest and honour all the people's representatives.