Bharat Ram thanks people for electing him 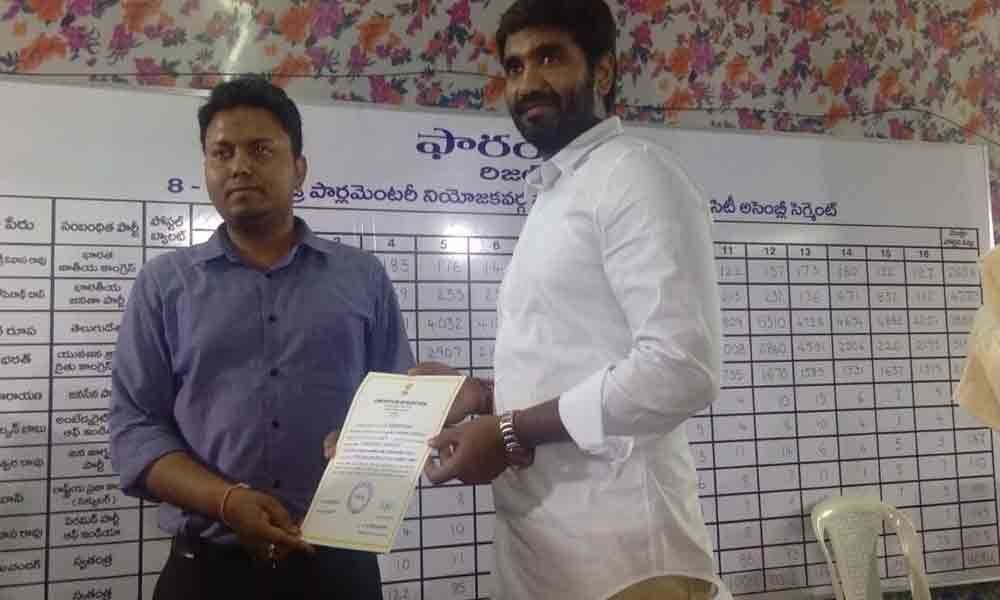 Rajamahendravaram MP (YSRCP) Margani Bharat Ram has thanked the people for electing him to the Parliament and assured to fulfil all the promises given to them during elections.

Rajamahendravaram: Rajamahendravaram MP (YSRCP) Margani Bharat Ram has thanked the people for electing him to the Parliament and assured to fulfil all the promises given to them during elections. Speaking to The Hans India, he said it is an opportunity to serve the people and all the segments in the constituency will be treated equally.

Moreover, steps will be taken to complete the pending projects such as flyover etc, he added. Margani Bharat Ram was polled 5,72,620 votes while the TDP candidate Maganti Roopa got 4,56,412 votes and JSP candidate Dr Akula Satyananarayana got 1,53,858 votes.

Rajamahendravaram Urban constituency Telugu Desam Party MLA Adireddy Bhavani assured to retain the confidence of people by serving them at any time. She thanked the voters for electing her as MLA with 30,000 majority. She said it shows people's love and affection towards her family as well as his father K Yerrananaidu.

All the pending problems in the city will be taken up and said she has knowledge as she hailed from a political family and also married to Adireddy Vasu whose family also has political background. Anyone can meet any time and there are no restrictions in this regard, she has assured the people.

Rajamahendravaram Rural TDP MLA Gorantla Buchaiah Choudary said the people elected because of the development works executed in the constituency for the last five years. He assured the people that he would develop the constituency more in all fronts in future also and assured to be available to the people at any time.

TDP candidate Gorantla Buchaiah Choudary won the seat with a majority of 10,662 votes against his YSRCP candidate Kandula Durgesh. Out of 2,54,339 total votes in the constituency, 1,86,821 votes were polled.