Cadres engage in betting on the victory of their leaders 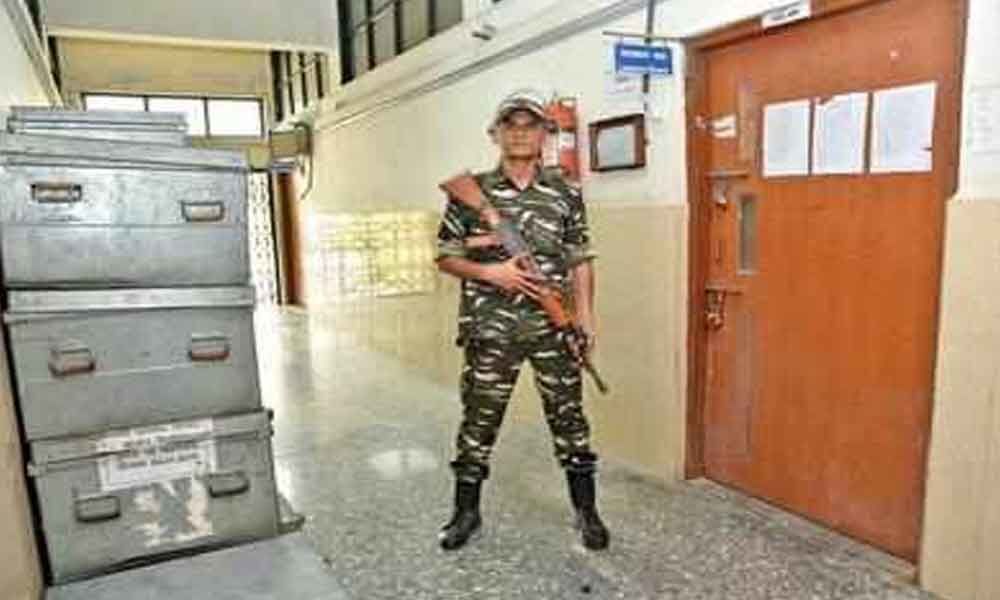 he elections were concluded and the fate of the contestants of various parties is preserved in electronic voting machines (EVMs) which are kept in strong rooms under tight security.

Vizianagaram: The elections were concluded and the fate of the contestants of various parties is preserved in electronic voting machines (EVMs) which are kept in strong rooms under tight security. Now the contestants and their followers, party workers and sympathisers are curious about their result. Some are confident enough about the victory of their leader and some others are not in a position to say anything about the victory of their leaders.

Most of the people including bureaucrats, party workers are thinking of the result of Bobbili from where the Minister for Mines and Geology RVSK Ranga Rao is contesting. He is the scion of a royal family and won on YSRCP ticket in 2014 elections and later joined TDP, became minister. But this time he is facing strong competition from S V Ch. Appala Naidu.

Up to the election date, it was hoped that Sujay would be the winner, but gradually the situation has changed and the position became tough for Sujay. Even his brother Babynaina put his efforts for the victory of Sujay. The local leaders are believing that Sujay is going to be defeated and even they are indulging in betting.

The betting amount varies from the person to person and based on their financial condition. Some are bidding that Sujay will get minimum of 5,000 majority and the opponents are betting that he would lose. Similarly, the betting is going on about the result of Vizianagaram assembly constituency. Aditi Gajapathi , the daughter of Ashok Gajapathi is contesting from Vizianagaram assembly constituency and her opponent is K Veerabhadra Swamy of YSRCP.

The TDP high command denied ticket to M Geetha, the sitting MLA of this town and offered ticket to Aditi. With this unexpected decision, Geetha is totally disappointed and simply skipped campaigning on behalf of Aditi. Later Chandrababu Naidu had convinced Geetha and appealed to support Aditi, but she didn't cooperate to Aditi in campaigning. Now the cadre of both the parties are anxious on the result of this constituency and are engaged in betting about the victory of their leaders.