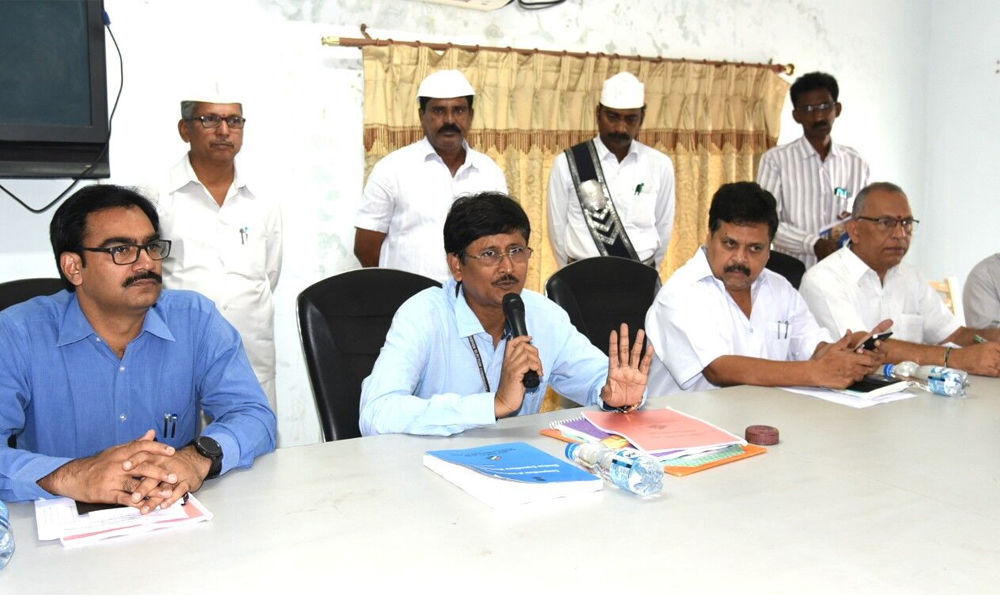 Narsapur: Poll expenditure observer for Narsapur parliamentary constituency Sanjit Kumar Das has said that all the officials engaged in election expenditure of contesting candidates should act impartially and film the evidence while submitting daily expenditure reports.

He convened a meeting of the poll expenditure officials here on Tuesday. Speaking on the occasion, he said that the official teams should go for field visit every day and record the expenditure of the contesting candidates.

They should shoot the expenditure including campaign vehicles, announcements, hoardings, posters and meetings.

They should also be vigilant on possible distribution of gifts, money, parties, liquor distribution, valuable gifts, stocks of valuables, transport and other aspects.

Joint Collector M Venugopal Reddy, who was also present on the occasion, urged the officials to be vigilant till the polling and election process is over. They should come up with daily reports by evening.

Several assistant expenditure observers clarified their doubts at the meeting.