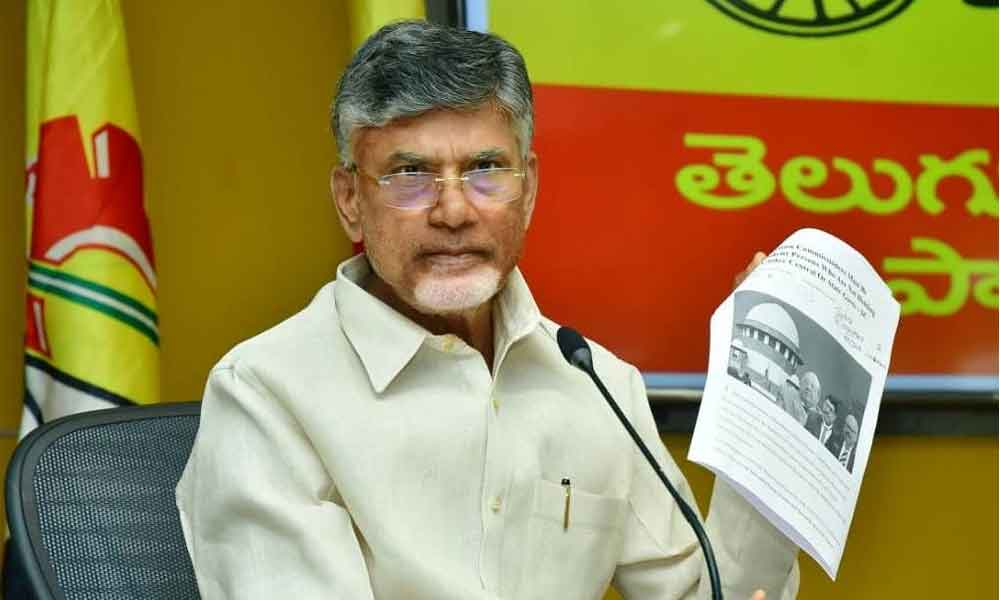 For the first time in over 39 years, the TDP has decided to boycott the ZPTC and MPTC elections citing lack of trust in the State Election Commission (SEC) and its unilateral decisions taken in the past two days.

Mangalagiri: For the first time in over 39 years, the TDP has decided to boycott the ZPTC and MPTC elections citing lack of trust in the State Election Commission (SEC) and its unilateral decisions taken in the past two days. Announcing this at party headquarters at Mangalagiri on Friday, TDP national president and former chief minister N Chandrababu Naidu, strongly objected to SEC Nilam Sawhney's action of releasing the poll notification without consulting all the political parties. The Supreme Court has laid clear guidelines for taking the opinion of the respective parties in the state before issuing such poll notifications but the new SEC has conveniently violated the court's orders.

However, the TDP filed a petition against the SEC notification now and the same would come up for hearing on Saturday.

Addressing a press conference, the TDP chief said that their party had lost faith in the State Election Commission considering the fact that Nilam Sawhney did not even try to follow the court direction that the model code should be re-imposed four weeks before the notified date of polling. With a premeditated plan, the SEC has taken this decision only to favour the ruling YSRCP leaders. Naidu asserted that the TDP has never known to step aside from the fight in any election but the existing situation in the state under the atrocious Jagan Reddy regime was pathetic and hopeless in view of its degraded politics.

Sawhney's predecessor N Ramesh Kumar had written a letter to the Union home secretary saying that too many violations took place in the parishad elections and the YCP leaders caused chaos during the nominations and polling process.

The TDP chief asserted that their party was boycotting the election not out of fear but it was sheer out of lack of faith in the existing systems under the chaotic Jagan Reddy regime. There were instances when Jayalalithaa resorted to such drastic steps not just in the local body elections but also in the by-elections to the legislature. Even Jyothi Basu boycotted the elections under different circumstances.

Naidu compared the situation of Andhra with that of North Korea where dictatorship has paralysed and destroyed that country with no hope for future. Whereas, its sister country South Korea followed the path of vibrant democracy and it was going on having a robust growth and well being of all sections of the people.