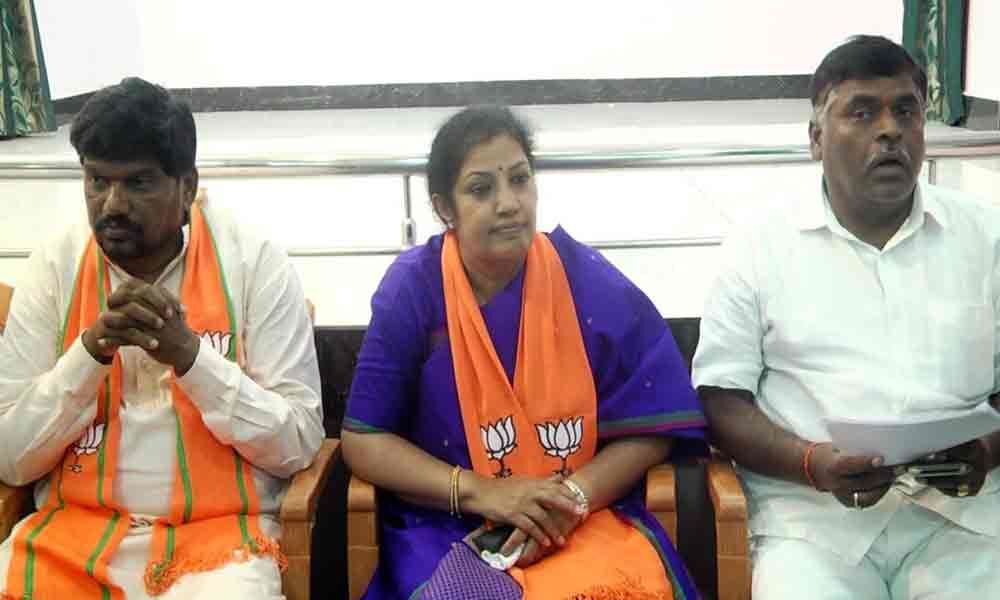 Bharatiya Janata Party national leader Daggubati Purandeswari said that the river water issue is not the problem of Chief Ministers of Andhra Pradesh and Telangana states and it is the issue of the people.

Amalapuram: Bharatiya Janata Party national leader Daggubati Purandeswari said that the river water issue is not the problem of Chief Ministers of Andhra Pradesh and Telangana states and it is the issue of the people.

Speaking to media persons here on Saturday, she said the mere discussions between thetwo Chief Ministers is not enough and they shouldget the nod of the people of AP before taking any final decision with regard to sharing of waters. The two Chief Ministers cannot take decision on their own in this regard, she averred.

"Chief Minister YS Jagan Mohan Reddy is raising Special Category Status (SCS) issue again which is a closed chapter and it was already stated by Union Minister for Finance Nirmala Sitaraman in the Parliament and why the Chief Minister is repeatedly saying this is a million dollarquestion,'' she said.

Special package is better than SCS, from which the state can get more funds and the Union government made its stand clearly in this regard andadvised the Chief Minister to think before raising the issue of SCS, the BJP leader stated. How far it is justifiable that the police interrogated BJP activists based on a letter sent to government about the security of churches, she questioned.

BJP is very much particular to enhance its membership base across the country and lakhs of people are joining the party, she said. Later along with party leaders, she participated in party membership drive in the city. Party leaders LM Kondaiah, VSN Raju, N Pavan and others were present.