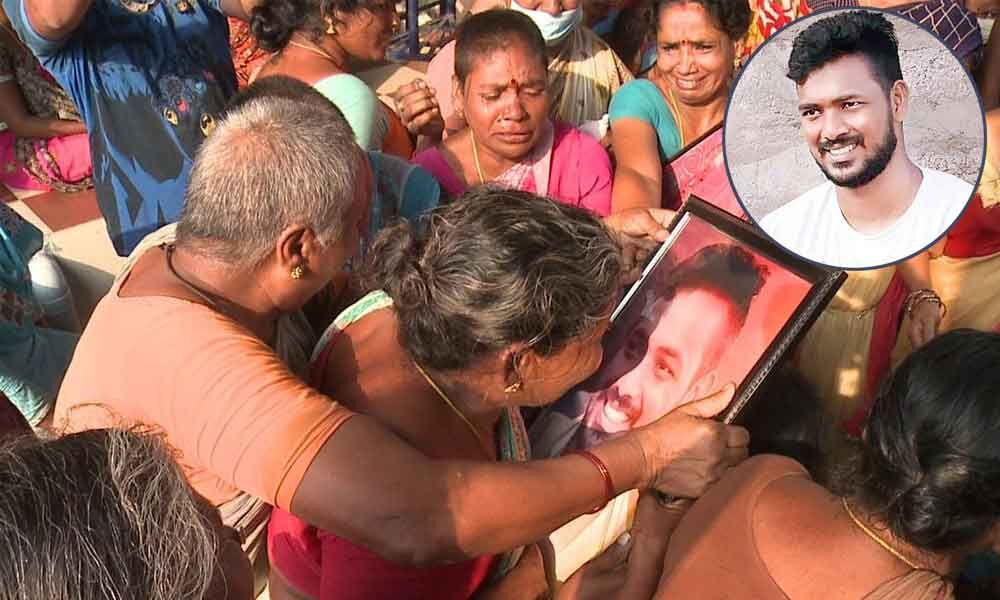 Family members wailing over the photo of Jagadish at Gajularega in Vizianagaram district. (Inset) File picture of Commando R Jagadish.

Vizianagaram: A CoBRA commando belonging to Vizianagaram was one among the 22 jawans killed in an attack by the outlawed Maoists in Chhattisgarh.

The 27-year-old R Jagadish belonged to Gajularega area of Vizianagaram city. Actually, he was scheduled to visit his native town soon for his marriage which was fixed on May 22.

His marriage was arranged with a girl from Dwarapudi village. However, the Maoists took his life away in an ambush. Jagadish joined CRPF in 2014 after completion of his graduation. He has actively participated in anti-Naxal force CoBRA operations.

He became a commander of 210 CoBRA squad with his outstanding performance. Jagadish belonged to a poor family and his father is working as a labourer and his mother is a housewife. He was their only son. His sister got married a couple of years ago.

While his parents and relatives were busy in preparations for the marriage of Jagadish, they heard the sad news late on Sunday night.

Vizianagaram SP B Rajakumari visited the house of the commando and paid her last respects.

His friends, relatives and locals took out a rally against the Maoists in Vizianagaram town holding the tricolour. The last rites of Jagadish will be performed on Tuesday.