Condolences pour in for Arun Jaitley from Telugu States 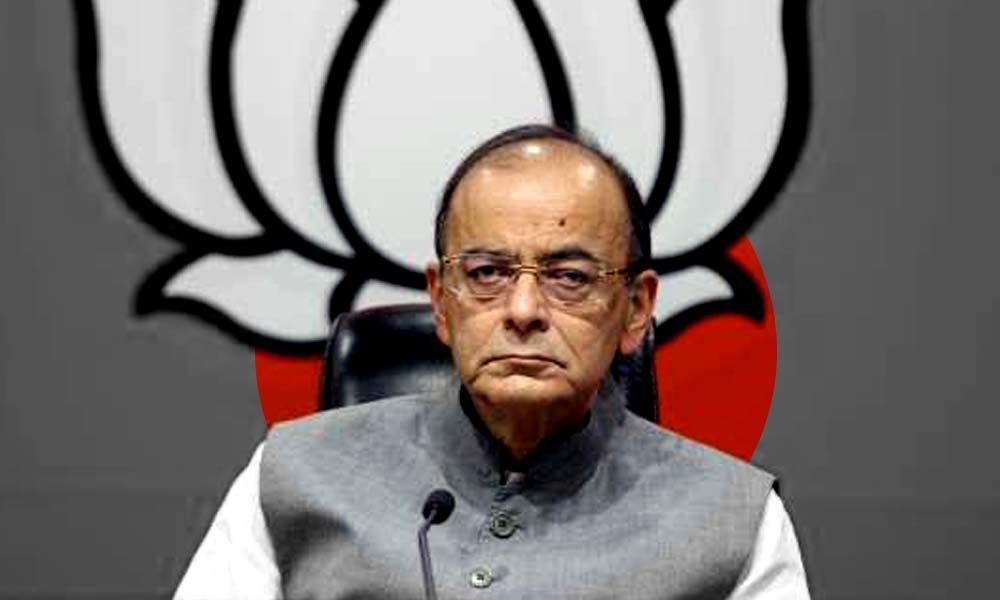 Former finance minister Arun Jaitley passed away today at AIIMS around 12.07 pm. He was 66.

Former finance minister Arun Jaitley passed away today at AIIMS around 12.07 pm. He was 66. Jaitley was admitted to the hospital on August 9, 2019 after he complained of breathlessness and uneasiness.

Sorry to hear about the demise of #ArunJaitley ji, an articulate, intellect and affable leader. In his 4-decade long political career, he made notable contributions in the service of nation and stood up for values. My prayers are with his family and friends in this hour of grief.

Devastated to learn about the passing away of Arun Jaitley ji. Truly cherish the many years of friendship shared with a humble leader who was also a great statesman. My deepest condolences to his family. pic.twitter.com/Fqsz8eFhYu

Hon'ble CM Sri KCR has expressed shock over the demise of former Union Minister Sri Arun Jaitley Ji. CM recollected services rendered by Arun Jaitley to the nation and prayed that his soul may rest in peace. CM conveyed his condolences to the members of the bereaved family.

Extremely saddened to learn about the demise of Former Union Minister Sri @arunjaitley Ji. Condolences to his family 🙏

One of the most well informed & composed union ministers I've had the good fortune of interacting many times. Always forthright & ebullient#RIPJaitleyJi pic.twitter.com/G4z3isLlVz

Saddened with the demise of Shri.@arunjaitley ji. I pray for #ArunJaitley ji's divine soul rest in peace and prosperity.

We have lost a great, honest & a remarkable leader.

Shocked to hear about the demise of Arun Jaitley ji. Throughout the long association our party has had with him, we witnessed his honesty, integrity, courage and the fine way he carried himself. My deepest sympathies and respect go out to his family.

In Sh @arunjaitley's demise, the nation has lost a star who shone as a minister, feisty Leader of Oppn in Rajya Sabha, an enduring friend of the ENTIRE political class, a darling of the ENTIRE media and as an inspirational figure for youth aspiring to join politics. Om Shanti! pic.twitter.com/EOXhYCmikM