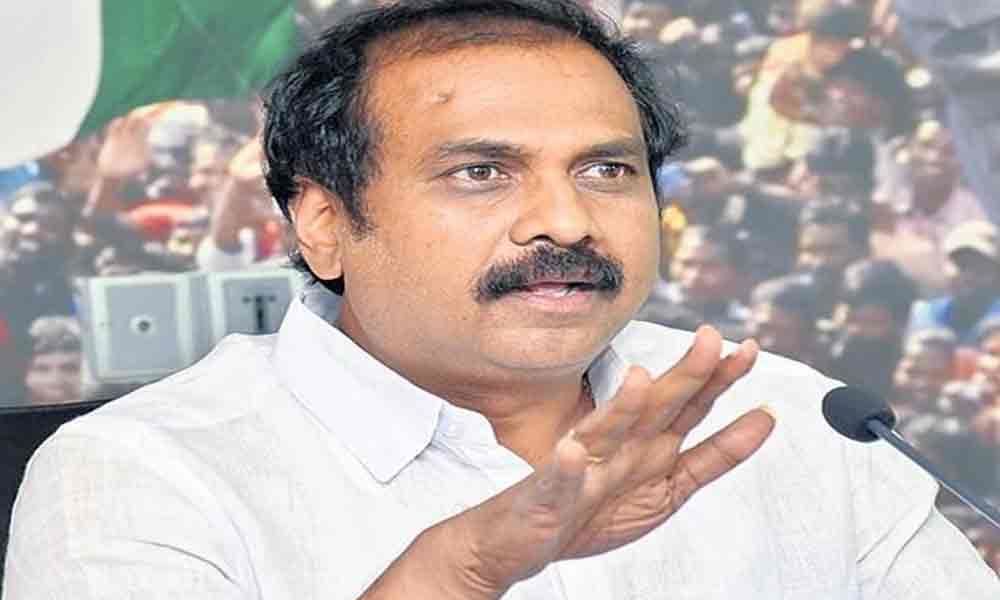 Minister for Agriculture Kurasala Kannababu has said that the state government willdeal with iron hand against the traders who sell spurious seeds, pesticides and fertilisers to the farmers.

Rajamahendravaram: Minister for Agriculture Kurasala Kannababu has said that the state government willdeal with iron hand against the traders who sell spurious seeds, pesticides and fertilisers to the farmers.

Speaking to reporters here on Saturday, the minister said Chief Minister YS Jagan Mohan Reddy isvery much particular in this regard and directions were issued to the respective officials to prevent the sale of fake seeds, pesticides and manures. The government is pro-farmers government and strives for the wellbeing of farming community and it works to make agriculture as a profitable profession, he said.

Chief Minister YS Jagan Mohan Reddy introduced Rythu Bharosa scheme from this year itself, though he had assured to implement it fromthe year 2020 and tenant farmers also comes under this scheme, Kannababu said.

The government decided to sanction interest free loans to the farmers which was stopped from the year 2014 during TDP government rule. For every constituency, the government is providing a borewell rig for the free use of farmers, he added. The state government has been receiving many complaints against various co-operative institutions and after going through them necessary action will be taken against them, the minister averred.