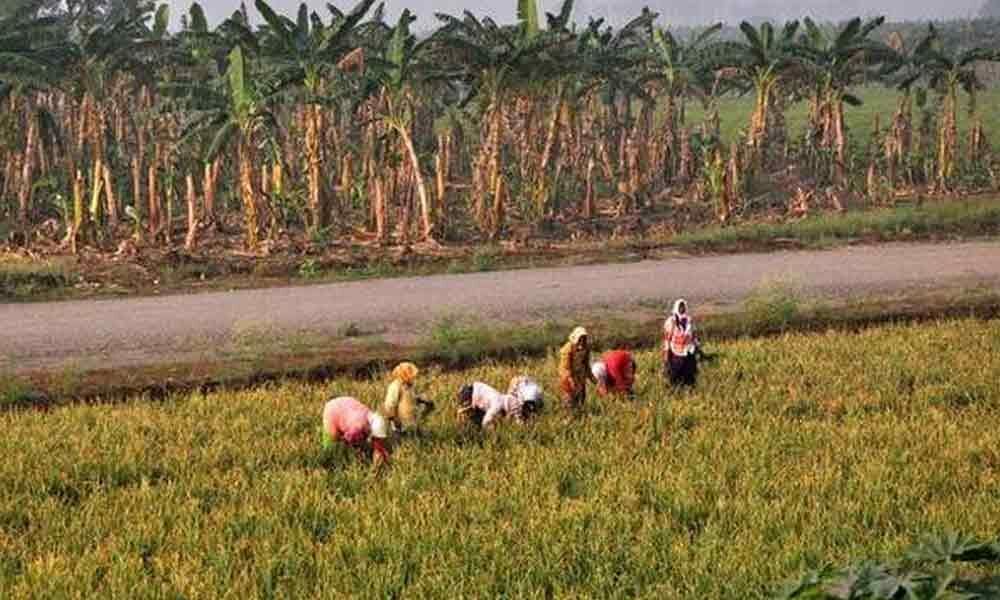 The farmers, retired irrigation engineers and experts of Krishna delta raised objections over joint proposals of Andhra Pradesh and Telangana to shift water from the Godavari to Srisailam.

Vijayawada: The farmers, retired irrigation engineers and experts of Krishna delta raised objections over joint proposals of Andhra Pradesh and Telangana to shift water from the Godavari to Srisailam.

They demanded that the state government discuss with them before finalising plans.

In a meeting held here on Sunday, the stakeholders formed into 'Jala Samrakshana Vedika' headed by AP Rythanga Samakhya president Yerneni Nagendranath and also passed a resolution expressing their concerns and spelling out their demands.

On the occasion, Nagendranath said that the state would face threat from Telangana in near future in obtaining water and wondered as to how the AP government would depend on the plans being prepared by Telangana state engineers.

The illegal projects of upstream states and a proposed new project on Godavari might pose more challenges to the farming community, he said and recalled that Telangana Chief Minister K Chandrashekar Rao had made several comments against Andhra Pradesh, especially on water allocations in the past.

He noted that the division of combined AP had made resolution of disputes between two sides complicated.

"Recently, some local leaders gave a call to demolish Pattiseema pumps. I request the state government to take steps to prevent disputes between the districts.

Pattiseema pumps were also stopped following the demand. If such regionalism is inflamed, how water from Krishna river can be shifted to Rayalaseema districts?," Nagendranath said and suggested that the state government shift Godavari water through Polavaram right main canal-Pulichintala project-Nagarjunasagar route to Srisailam instead of constructing a new project totally in Telangana territory.

Federation of Farmers Association vice-president Akkineni Bhavani Prasad said that Telangana CM Chandrashekar Rao provoked the people in the name of water, funds and employment during campaign for separate state.

He recalled that KCR blamed the people of Andhra Pradesh for their water woes though they were living downstream of the rivers. He wondered as to how the same person was making plans jointly with the AP government for water diversion.

"Telangana government has to spend Rs 35,000 per each acre to get water from Kaleswaram project. But unfortunately, farmers cannot that much amount from the crop produced in an acre.

I am preparing a document detailing all the facts to be distributed to all the MLAs, heads of governments for sake of future generations," Bhavani Prasad said and urged the state government to first think about 13 districts of Andhra Pradesh before preparing plans jointly with Telangana on water.

BJP leader Velagapudi Gopalakrishna said that the Centre had mentioned the sharing of river water in the 11th Schedule of AP Reorganisation Act.

He said that the two CMs should give clarity on whether they were conducting meetings as per the Act or not. The political leaders were misusing the funds in the name of irrigation projects, he alleged.