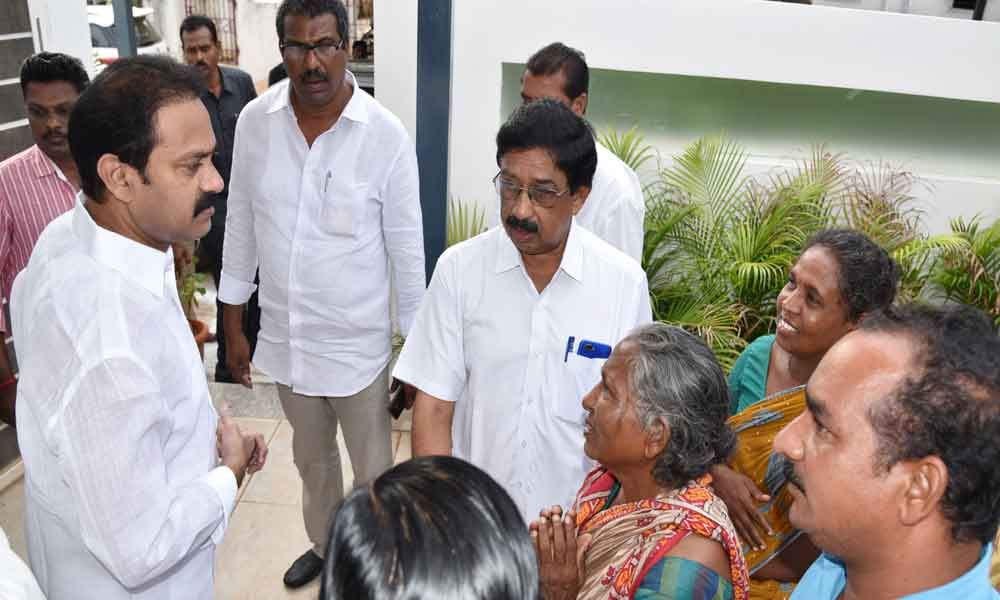 Poor people from across the district met him at his camp office here on Thursday. Responding to their requests, Nani promised to give house site pattas by Ugadi. After strengthening of village secretariat system, the staff would receive representations from people and post them online. Based on eligibility, all the requests will be entertained for issue of ration cards, widow, old age and disabled pensions apart from building housing units for the poor and shelter less.

The Dy CM alleged that some political parties have been trying to tarnish the image of the government even though the government issued specific orders to fulfil 60 per cent of the promises made in the manifesto. The political rivals have been shedding crocodile tears and people have been watching them closely and would not support them, he said.