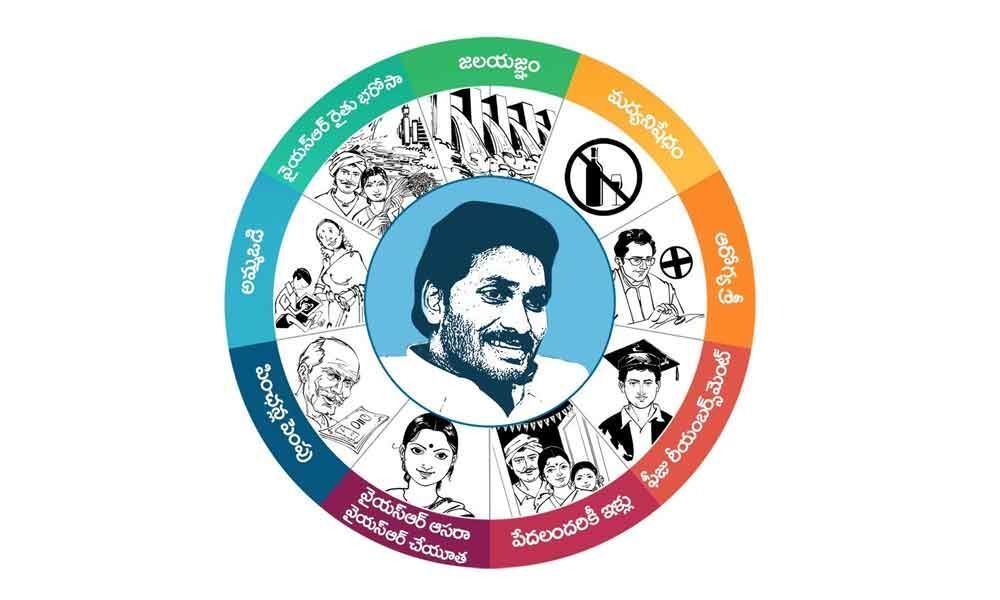 Jagan Mohan's Navaratnalu: Relevantly the name is marked through nine large-scale welfare programs, the party plans to offer benefits which are worth a minimum of Rs 1 lakh to Rs 5 lakh per year.

YS Jagan Mohan Reddy, the Chief of the YSR Congress party (YSRCP) has come up with an elaborate model of governance comprised of welfare schemes which are based on the Navaratnalu of the party.

Relevantly the name is marked through nine large-scale welfare programs, the party plans to offer benefits which are worth a minimum of Rs 1 lakh to Rs 5 lakh per year.

The nine Navratna welfare schemes are:

A promises to offer financial assistance of Rs 50,000 to farmers has been made by the YSRCP. In the second year, each family of the farmers would be given Rs 12,500 per year, in addition to zero-interest loans and free bore-wells. A calamity relief fund of Rs 4,000 crore, 9 hours free electricity during the day, cold storage units and food processing centres have been assured.

The party plans to provide a comprehensive fee reimbursement scheme, in line with the vision of the late Chief Minister Dr YS Rajasekhara Reddy. In addition to this, an allowance of Rs 20,000 would be given to every student. A total of Rs 1 to 1.5 lakh would be spend on the education of each student.

The scheme will be applicable to all medical treatments above Rs 1,000. Hospitals of any location, all medical expenses would be borne by the government.

For benefitting lakhs of families by irrigation projects. Priority of this scheme is the completion of Polavaram project.

A ban on alcohol is promised to be placed by the YSRCP regarding its sale across the State in three stages.

With a view to encourage families with school-going children, the YSRCP promises to provide Rs 15,000 towards assistance to all mothers who send their children to sNavaratnaluYSR Asara

All loans pertaining to the cooperative societies of women would be waived. In addition, zero-interest loans would be issued. Payment of interest amount on loans up to Rs 50,000 would be borne by the government.

Through YSR Cheyutha, the YSRCP intends to support all women from SC, ST, BC and minority communities, who are aged over 45. This would amount to Rs 75,000 per woman from these communities over a period of 4 years.

The YSRCP promises to build 25 lakh homes for the poor in a five year duration. Permanent houses to the homeless poor will be built over a period of 5 years and registered in name of the woman of the household.

The eligibility age criteria of 65 years for the pensions would be reduced to 60 years. Senior citizens aged above 60 would be given Rs 2,000 while the physically challenged would be given a pension of Rs 3,000.