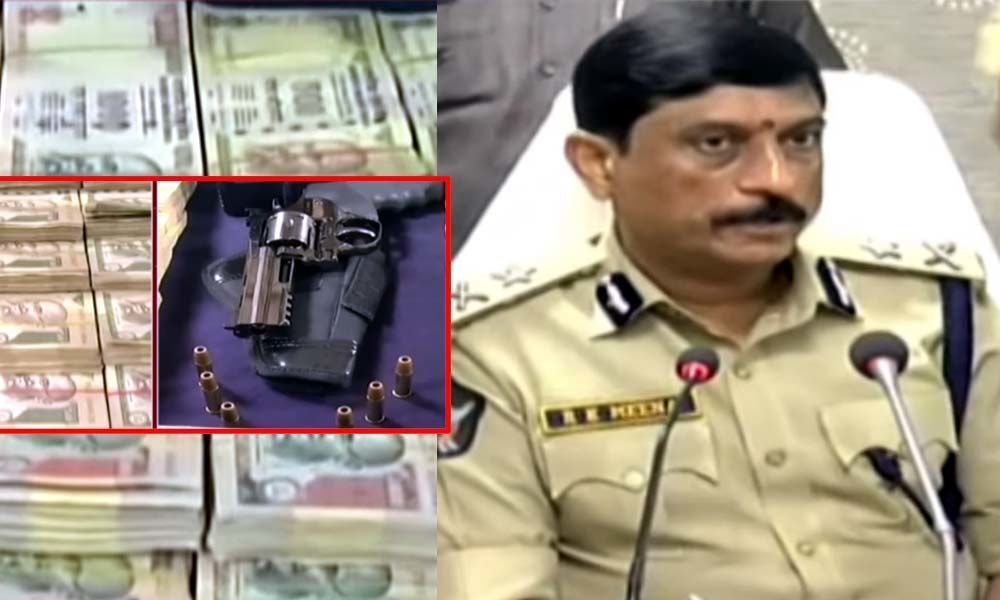 The gang has made a sketch by offering currency of Rs 3 lakh for Rs 1 lakh with black paper and duped that when it is cleaned with the liquid than real notes will appear. However, the police have foiled the gang's sketch.

Over the information, the police have arrested the four gang members, which includes two women and recovered Rs 1.97 crore old currency along with a country-made gun, liquid, and currency machine.

Speaking to media, City CP RK Meena said that they had caught two gangs who were involved in fake currency and exchange of old notes. Over the complaint, a case has been registered in Paravada PS limits under crime number 169/2019.

In that case, there are total 14 accused out of which 13 have been arrested, and one is absconding. CP said one of the accused approached the complainant by offering 15% new currency for the exchange of one crore old money.

Though the complainant refused the deal, the gang continued to pressure and threatened him by showing weapons, walky-talky, and police nameplates.