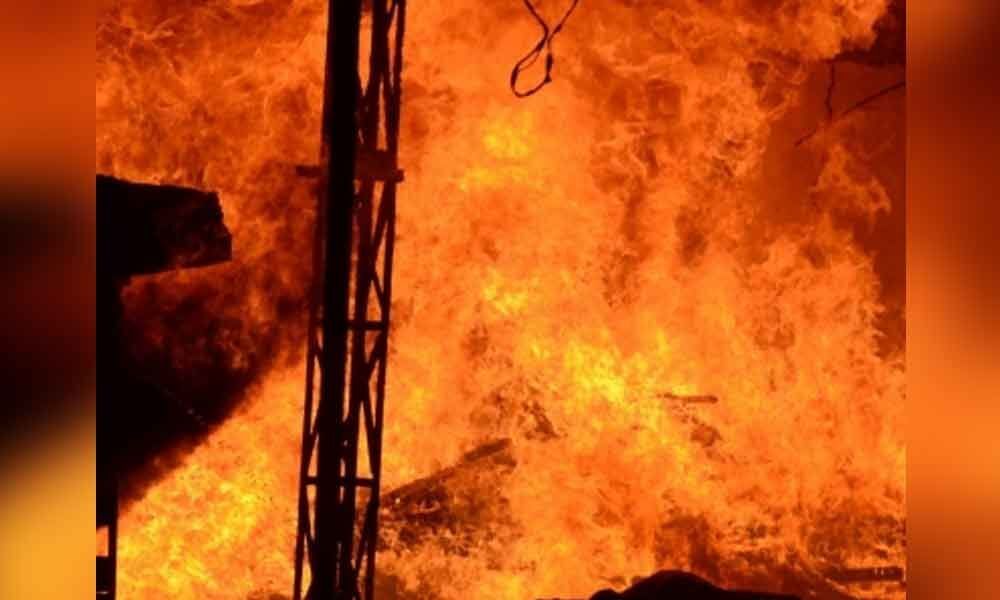 A fire broke out at one of the counting centres in Andhra Pradesh's Tirupati town on Monday night, police said.

Amaravati, May 21: A fire broke out at one of the counting centres in Andhra Pradesh's Tirupati town on Monday night, police said.

The incident occurred at an engineering college on the outskirts of the town where officials had set up tables and made other arrangements for counting of votes on May 23.

A fire engine rushed to the scene and brought the fire under control. Short circuit is believed to have caused the fire.

As the Electronic Voting Machines (EVMs) were stored in a strong room in nearby building, the incident sent panic among officials.

However, the officials said the fire did not spread to strong room and the EVMs were safe. District Collector P.S. Pradyumna and Superintendent of Police Vikrant Patil visited the counting centre.

Votes polled in April 11 elections to Andhra Pradesh Assembly and Lok Sabha are scheduled to be counted on May 23.