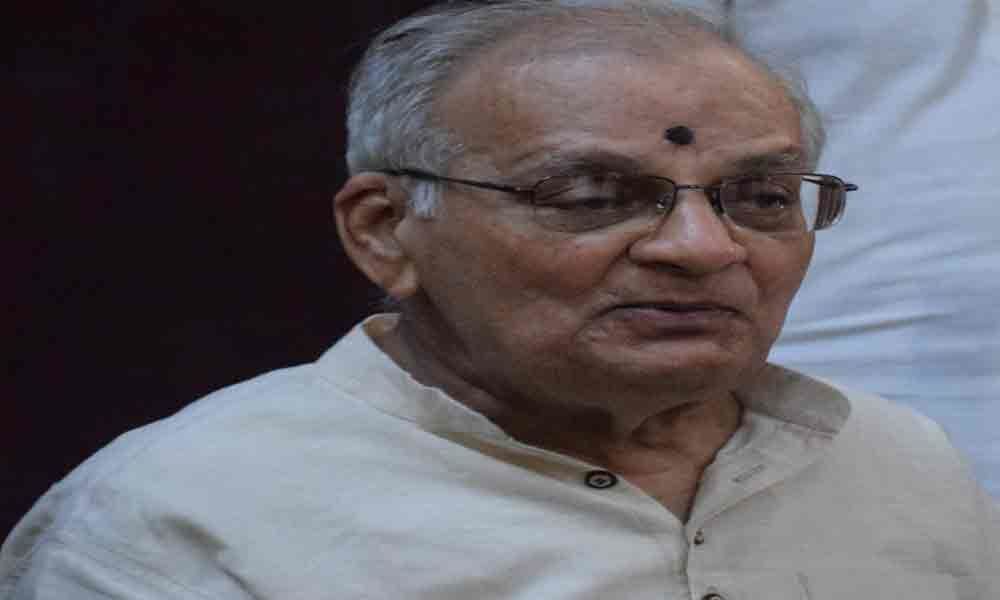 Founder of Bhagavatula Charitable Trust (BCT) B V Parameswara Rao breathed his last in the early hours of Sunday.

Visakhapatnam: Founder of Bhagavatula Charitable Trust (BCT) B V Parameswara Rao breathed his last in the early hours of Sunday. Parameswara Rao slipped into unconsciousness following a seizure on May 29 and was undergoing a treatment ever since in a private hospital.

He was instrumental in spearheading a number of rural development initiatives in his village Dimili, Yelamanchali of Visakhapatnam district and empowered the communities through various welfare programmes.

Parameswara Rao dreamt of becoming a school teacher in his village Dimili near Yelamanchali of Visakhapatnam district. After completing PhD in Nuclear Sciences at Penn State University, USA, he returned to his village in 1967 to help transform the landscape of place. Within 10 months, he was succeeded in establishing a high school through community participation.

Over the years, the school provided education to not just the children residing in the hamlet but also to those in 10 neighbouring villages. This paved the way for initiating many projects that aimed at employment generation through farmers' cooperative, among others.

Parameswara Rao's untiring efforts paved way for global recognition of the trust. His services were also sought by the World Bank and Government of India for various programmes, including All India Khadi and Village Industries Board, National Literacy Mission, National Instiute of Rural Development, among a list of others.

Under the able leadership of Parameswara Rao, over 1,000 projects were initiated as he firmly believed that the nation's growth largely depends upon rural development. The 86-year-old is survived by his wife Kalyani Bhagavatula, two sons and two daughters and their family members.