Fresh tenders for Polavaram from today 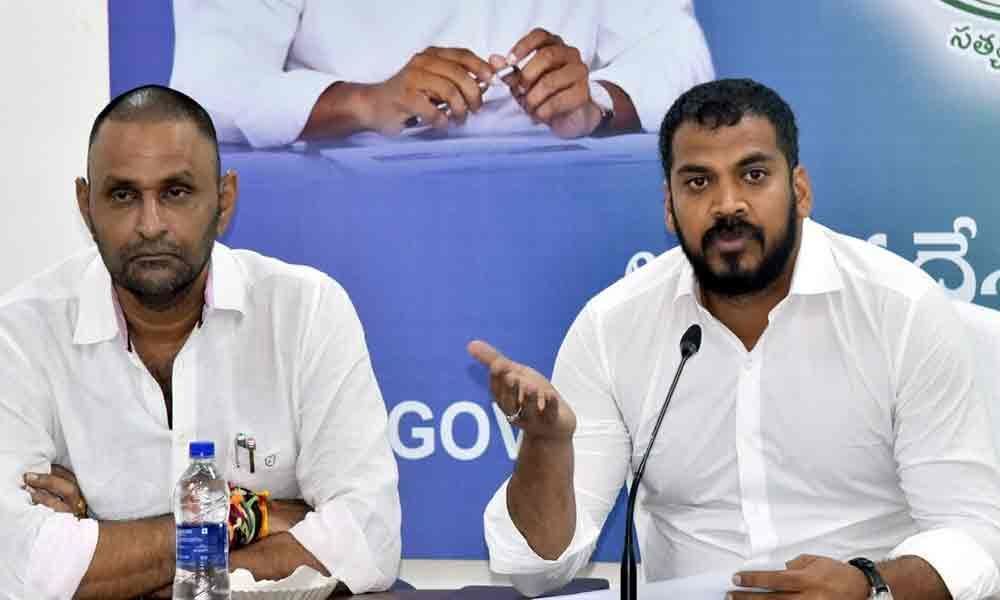 Amaravati: Water resources minister Anil Kumar Yadav said that the government would call fresh tenders for Polavaram irrigation project works from Saturday. It will be completed by September end, he added.

He said this would be undertaken in the newly-introduced reverse tendering procedure and even the Navayuga Engineering Company, whose contract was terminated from the present works, also could participate in it.

He added that the state government was determined to reduce the burden on the public exchequer and hence going ahead with reverse tendering procedure. Addressing a press conference at the Secretariat on Friday, the minister said construction works would resume from November 1 and completed by June 2020.

He further said the Polavaram Project Authority estimated it would take at least three years to complete the remaining works, but the government was determined to complete them early. He said that the irregularities committed by the TDP government would be rectified with the reverse tendering.

At present, all the works at Polavaram project came to a halt in the last couple of months. Now the project was completely inundated due to the flood water in the Godavari river, which does not allow carrying out of works.

The state government has to establish the Judicial Review Committee for verification and review of all the tenders to be released by the government. The government has already brought a law to this effect in the recent Assembly session.

Meanwhile, defending deployment of drones at the residence of former CM N Chandrababu Naidu's residence on Krishna river bund which triggered political storm on Friday, the water resources minister said the flyers were used for aerial survey to estimate the flood situation but not with any other ulterior motivation.

"Many parts along Krishna river were inundated with an increase in inflows from the upstream. It was the responsibility of the government to evacuate people and send them to safer places," said the minister. He accused the TDP leaders of indulging in "dirty politics" claiming the drones were deployed to monitor TDP president Chandrababu Naidu's residence which is in the middle of the river bund region and prone to inundation.

"Seeing the onset of floods, Chandrababu ran away to Hyderabad. Floodwater reached the house just with 5 lakh cusecs of outflows. If they thought water would not enter the house, why would they place sand bags on the embankment of the house," asked the minister.

He said if anything happens to Naidu's house, they would again blame the government and added that Naidu and Devineni Uma Maheswara Rao were making baseless statements.