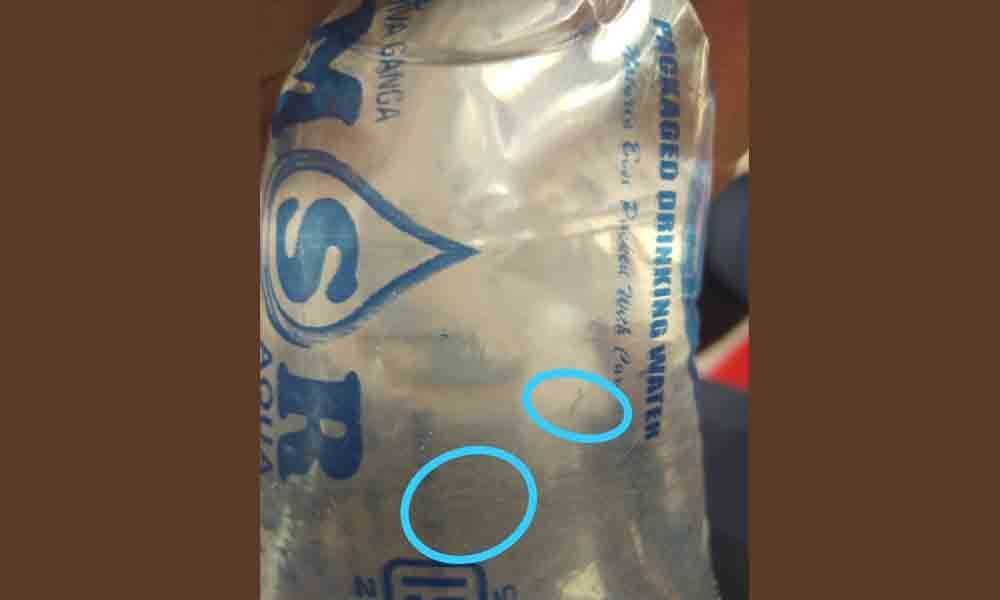 Making of unlabeled water packets manufacturing and selling in the district is going unchecked.

Vizianagaram: Making of unlabeled water packets manufacturing and selling in the district is going unchecked.

Many unlabeled water packets are being sold at pan shops and hotels too. A consumer on Monday found some germs in a water packet and lodged a complaint with food inspector.

The locals of district purchased a bag full of water packets to organise a programme in their home and distributed them to their relatives. But they found some germs in some packets and informed it to food inspector K Venkata Ratnam asking him to take a serious action on the firm.

Later the food inspector along with his staff conducted raids on the firm and booked a case for making substandard food products and sent the samples to lab at Hyderabad. The food inspector stated that he would book a case and take action on the water plant as per the law.