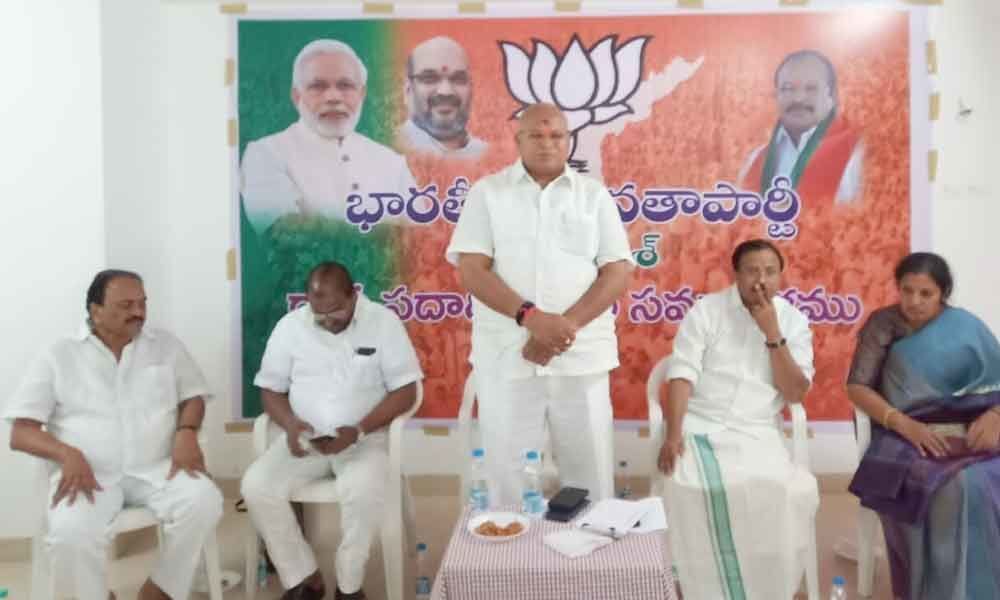 Guntur: BJP State president Kanna Lakhsminarayana urged the party leaders and activists to prepare the party to face ensuing elections for local bodies in the state and set up booth committees.

He addressed a meeting held at GokarajuGangaraju Guest house near Tadepalli in Guntur district on Saturday.

Speaking on this occasion, Lakshminarayanasaid to the party leaders to identify the candidates to contest in the elections.

He expressed confidence that BJP will come to power at the Centre and Narendra Modi will become Prime Minister for another term and urged the party leaders to be ready to conduct party victory celebrations on May 23 in a big way.

He recalled that BJP candidates have contested in 25 Parliament seats and 175 Assembly seats in the state on par with other political parties.

He appreciated the party leaders who conducted election campaign for the victory of the party candidates in the recently held elections.