Group III aspirants suffer due to shifting of centre 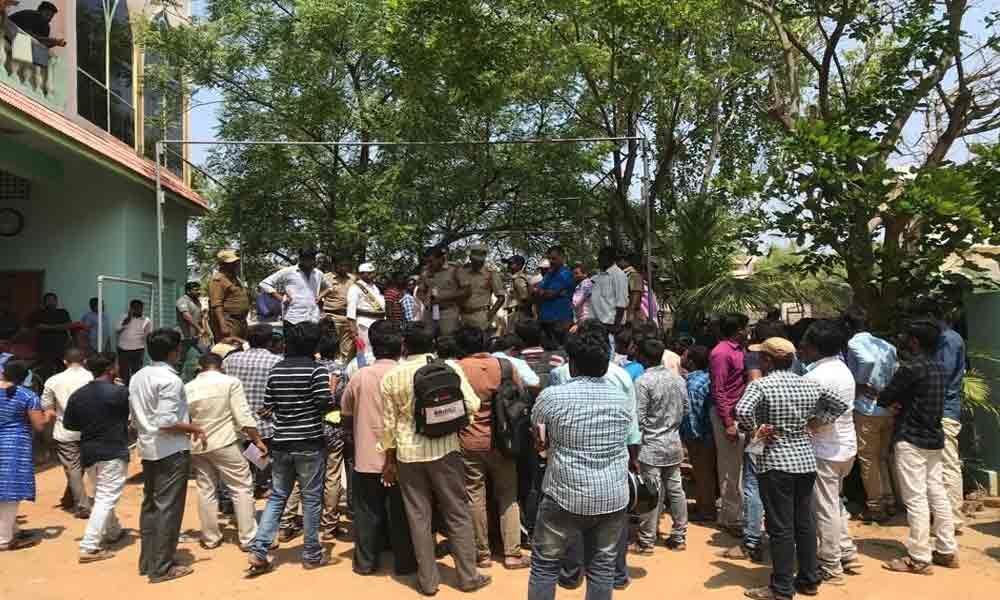 he candidates appearing for the Group III Panchayat Secretary Qualification exam at Markapur faced hardships and tasted the negligence of the officials at the highest degree, on Sunday.

Markapur: The candidates appearing for the Group III Panchayat Secretary Qualification exam at Markapur faced hardships and tasted the negligence of the officials at the highest degree, on Sunday.

The RDO G Ramakrishna Reddy, DSP G Nageswara Reddy reached to the spot and tried to pacify the students and discussed the issue with the college management for making extra arrangements. As the college management expressed helplessness, they arranged another exam centre at George Pharmacy College, near to Trinity College after explaining the issue to its secretary Satish.

After making necessary arrangements at the George Pharmacy College, the exam started at 11.30 am, after taking necessary permission from the higher authorities. The students complained to the DSP and RDO to initiate action on Trinity Occasional College and Vijayasai Occasional College for not running the colleges without the required infrastructure and at the registered addresses.

The officials announced that they will take the issue to the concerned departments and see how come the colleges are said to be operating without any classes being conducted for the students and necessary classrooms for them.