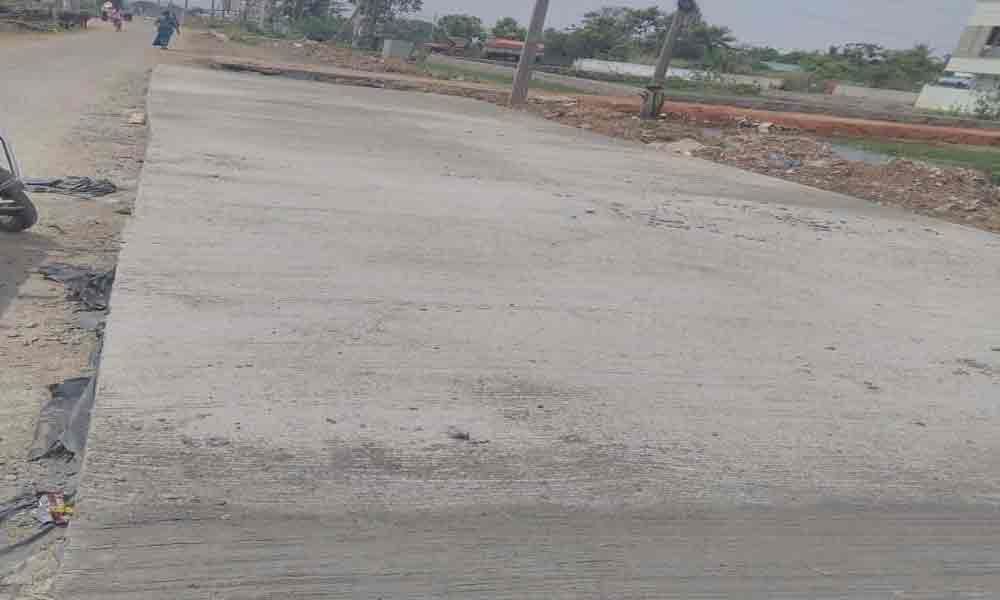 Kakinada: The CPM Kakinada city unit sought the intervention of municipal authorities in observing technical aspects while laying new roads by spending lakhs of rupees. According to CPM leaders Palivela Veerababu and Medisetti Venkataramana, CC roads are being laid in NFCL road from deputy transport commissioner's office to Valasapakala.