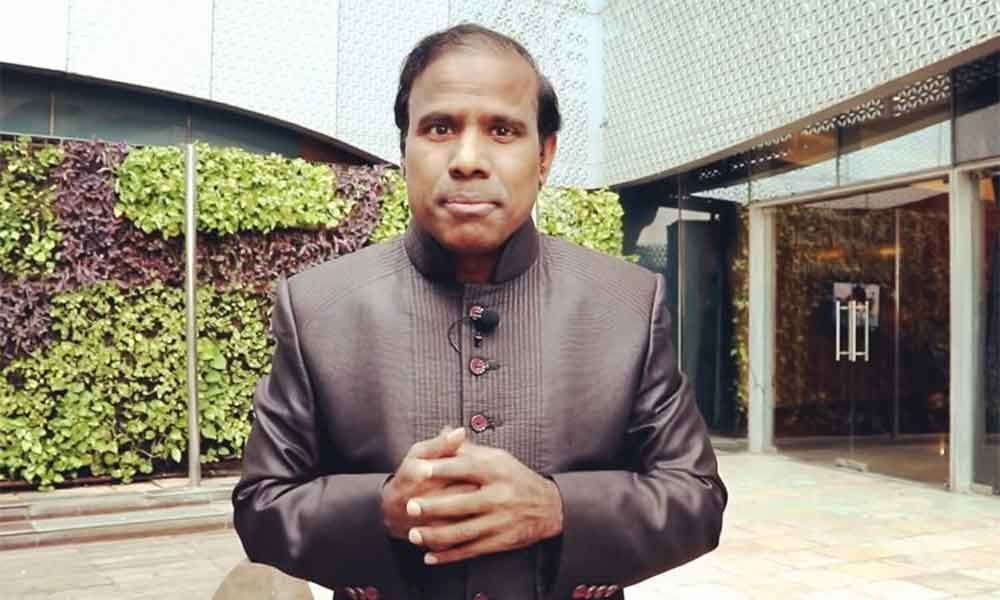 The Praja Shanti Party chief and Evangelist KA Paul has responded over the exit poll results in AP.

Vijayawada: The Praja Shanti Party chief and Evangelist KA Paul has responded over the exit poll results in AP.

In a video, Paul expressed that he was shocked with the results of the exit polls. He alleged that the EVMs have tampered, manipulated, and managed in the elections.

KA Paul also said if the vote is given on Praja Shanti Party symbol helicopter, then it has gone to YSRCP fan symbol.

Regarding the exit polls surveys, KA Paul has posted a video, which has gone viral over the social media.

In the video, KA Paul said it is clear that American intelligence and Russian hackers have involved in the elections process.

KA Paul said he has received a lot of complaints from Narsapuram Lok Sabha constituency. The voters complained him that if they vote on helicopter symbol then that has gone to fan symbol of YSRCP.

He once again made the shocking comments that 70 to 80 percent of votes were cast to Praja Shanti Party.

KA Paul said he'll approach the Supreme court to recall the elections in the state. He expressed confidence that the Praja Shanti Party will win 30 plus seats.