Lakshminarayana joins Janasena, may contest from Rayalaseema for LS polls 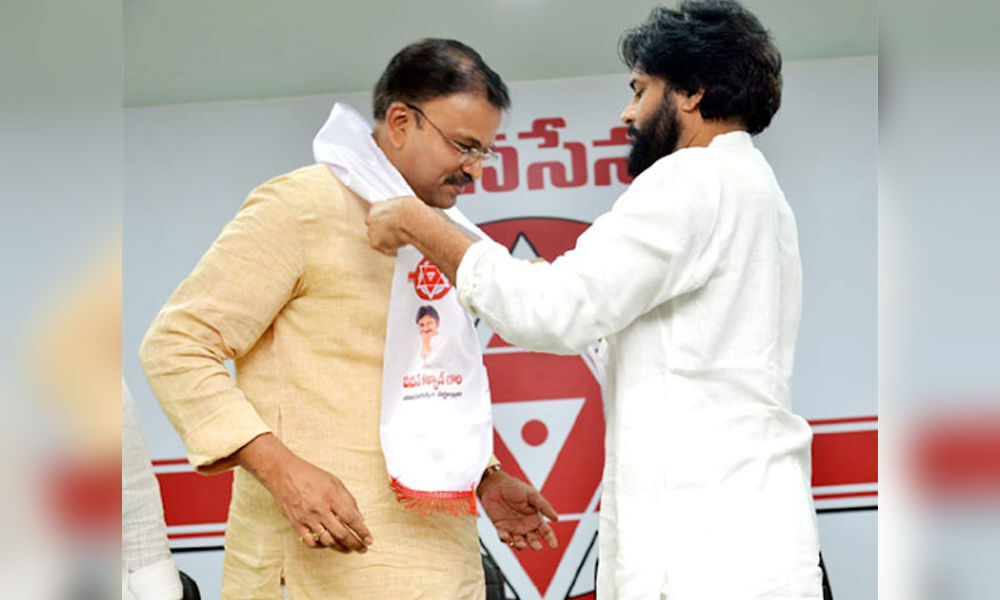 Former CBI joint director Lakshminarayana joined Janasena today in the presence of the party chief Pawan Kalyan. Pawan welcomed him into the party in an official manner.

It is learned that Lakshminarayana is keen over Vishakapatnam and may contest from the segment for Lok Sabha elections. However, sources close to Lakshminarayana said that he might contest from Kakinada. According to the party sources, Pawan wants JD to contest from Rayalaseema i.e, either from Kurnool or Nandyal. An official confirmation about constituency will be known soon.

Lakshminarayana is said to be entrusted with the responsibility of holding party campaigns.