MLA A Srinivasulu seeks support of parties for Chittoor development 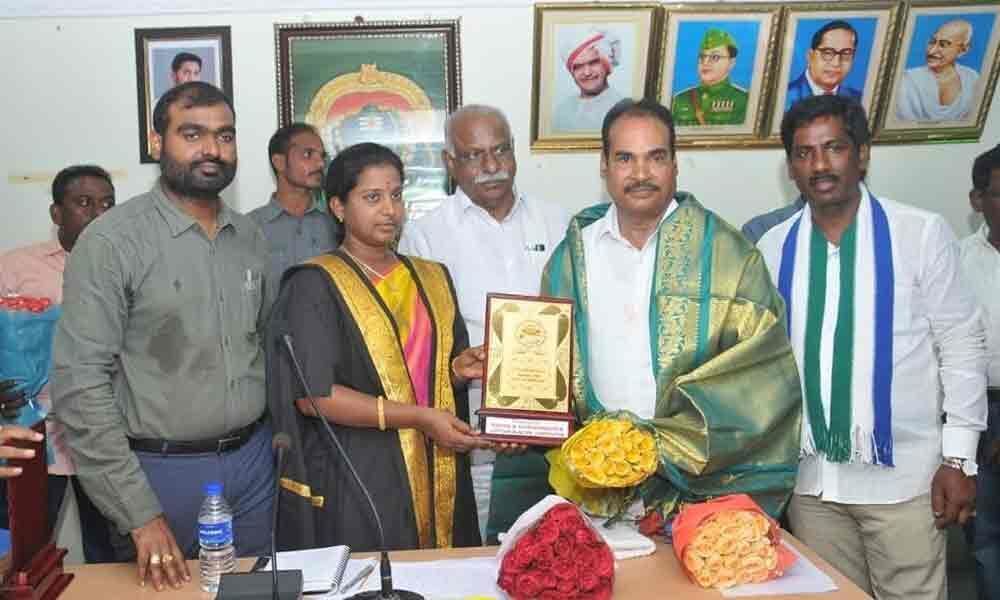 The MLA stressed on the need for finding a permanent solution to drinking water crisis in the city. He recalled of supplying water to Chittoor residents through his own tankers for the last six years.

Srinivasulu gave a call to leaders of all political parties to extend cooperation for the betterment of the city. He alleged that funds were misused in previous TDP government. He made it clear that all the ongoing schemes related to the city would be continued after taking stock of their feasibility.

The Mayor enlisted the ongoing development works and said development took place in Chittoor city in the last five years. She exuded confidence of Jagan government would extend support for completion of the ongoing schemes in the city.