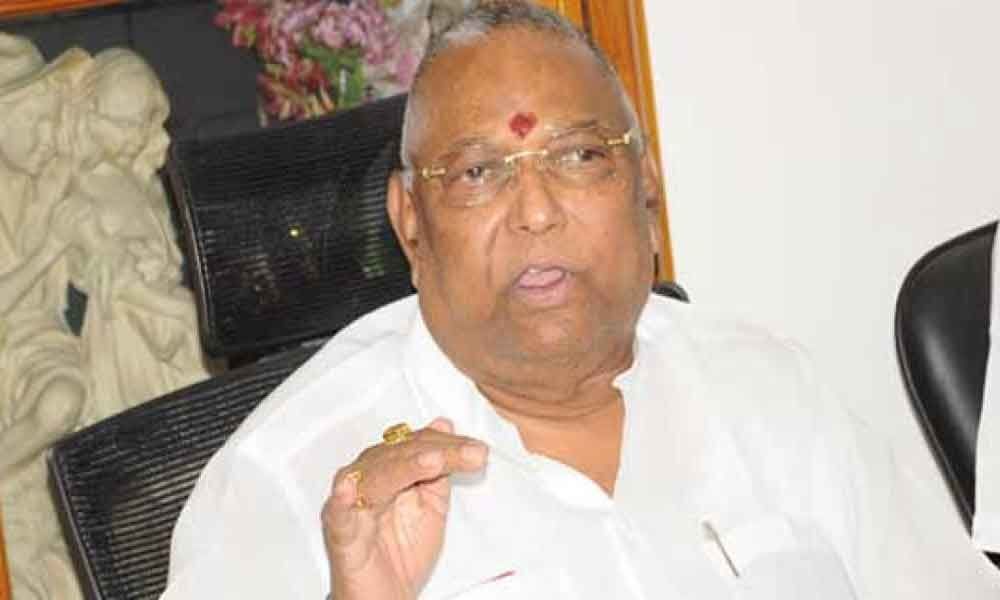 The Yagam's are performed at the Bugga Malleswara Swamy temple at Morjampadu in Machavaram Mandal of Guntur district.

On Thursday, MP Rayapati Sambasiva Rao has begun the pujas, which will be performed for five days by senior pundits of the temple and would conclude with a poornahuti.

Speaking to media, MP Rayapati said it is an ancient and powerful temple which was built by Amaravati king Raja Vasireddy Venkatadri Naidu and he has performed many yagam's at the temple.

He said the yagam are conducted seeking continuation of Chandrababu Naidu as Chief Minister of the state.

He also said that the people want Chandrababu Naidu to once again become the Chief Minister in order to develop the state and to complete the construction of the Polavaram project, Amaravati capital city.

Rayapati Sambasiva Rao said he has offered prayers for the prosperity and well being of the people and TDP victory in the elections.