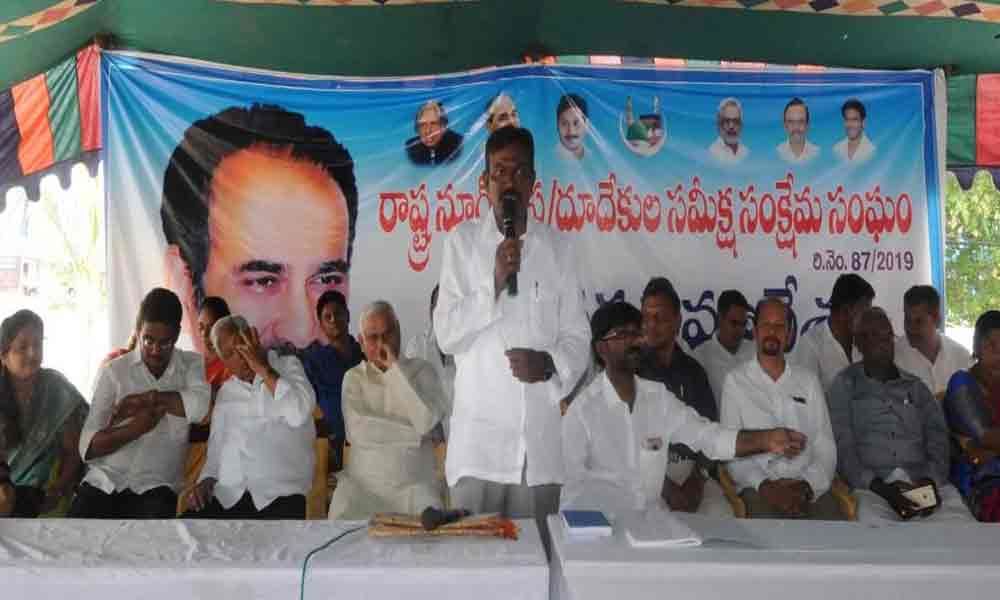 The executive body meeting of the Noor Basha Association was held at the YSR Congress Party office in Ongole on Sunday.

Ongole: The executive body meeting of the Noor Basha Association was held at the YSR Congress Party office in Ongole on Sunday. The executive members selected the new body in the meeting and announced commitment for the welfare of fellow community members.

The members elected are: Udayagiri Himambasha from Anantapur as the convener, retired SP Shaik Saksha Vali from Kurnool as the state president, Oturi Rasool as the federation founding president, Nizam from Anantapur as general secretary, Shaik Saidulu from Prakasam district as state working president, Meeravali as secretary, Khaji and Dr Khadar Basha as vice-presidents, Jilani as official spokesperson, P Ramajaneyulu as treasurer, P Siddaiah from Rayachoti as employees association president, Husenaiah as general secretary for the employees association, Kareemulla Vali as the youth leader. They also elected the presidents for the 13 districts in the state.

The association leaders Himambasha, O Rasool and others said that YS Rajasekhara Reddy had issued GO Number 125 establishing the federation for the welfare of Noor Bashas and said the Chief Minister Jaganmohan Reddy promised to the corporation to allocate funds to them. They said that the earlier governments treated them just as a vote bank but the YSRCP government is looking after their welfare.