No role for district admn in service votes: Collector 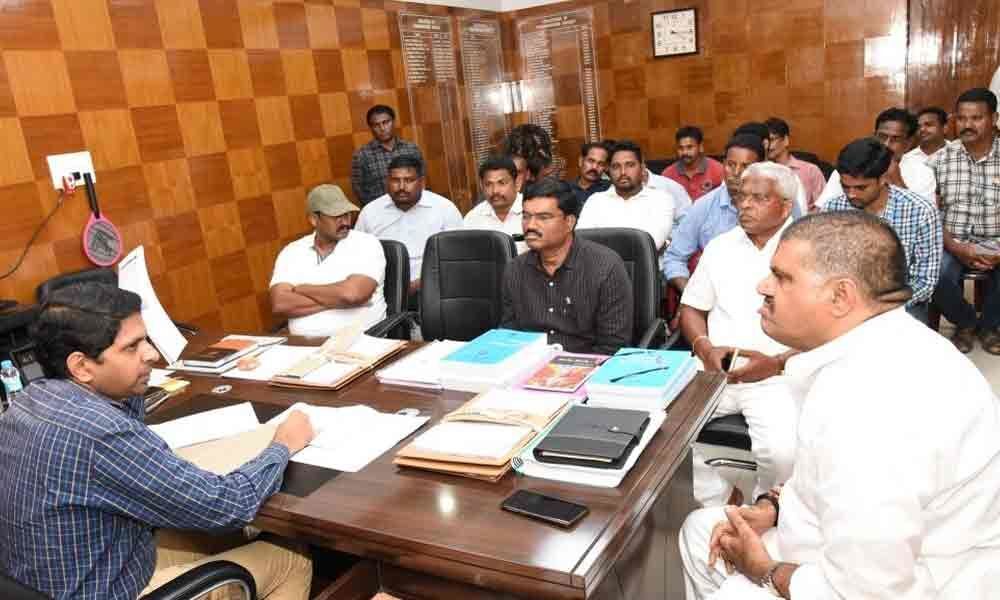 Collector and Election Returning Officer K Bhaskar informed that a total of 6,943 service voters’ right to vote was uploaded in Electronic Transfer Postal Ballot System on March 30 only.

Visakhapatnam: Collector and Election Returning Officer K Bhaskar informed that a total of 6,943 service voters' right to vote was uploaded in Electronic Transfer Postal Ballot System on March 30 only. The service ballots have been uploaded by the respective constituency returning officers.

YSR Congress Party Bheemili MLA contestant M Srinivasa Rao along with a group of ex-servicemen met Collector and informed that a total of 1,199 service voters of Bheemili constituency have not got their service ballot.

While detailing on the issue, Bhaskar said that for the first time, the ECI introduced Electronic Transfer Postal Ballot System for defence persons who are working at various locations in the country. The persons who applied for their right, applied for service ballot and their details have available in the official portal.

The administration has downloaded the service voters lists from the official portal only. Later, the service votes uploaded assembly constituency wise. According to the rules and regulations, the unit commanding officer has to distribute the voters to persons. If, a person not gets vote, the voter should meet the unit commanding officer to cast the vote.

In the entire procedure, there is no role of district administration or election staff. However, the leaders, who are not having knowledge about the service votes levelling allegations on the administration, the collector lamented.