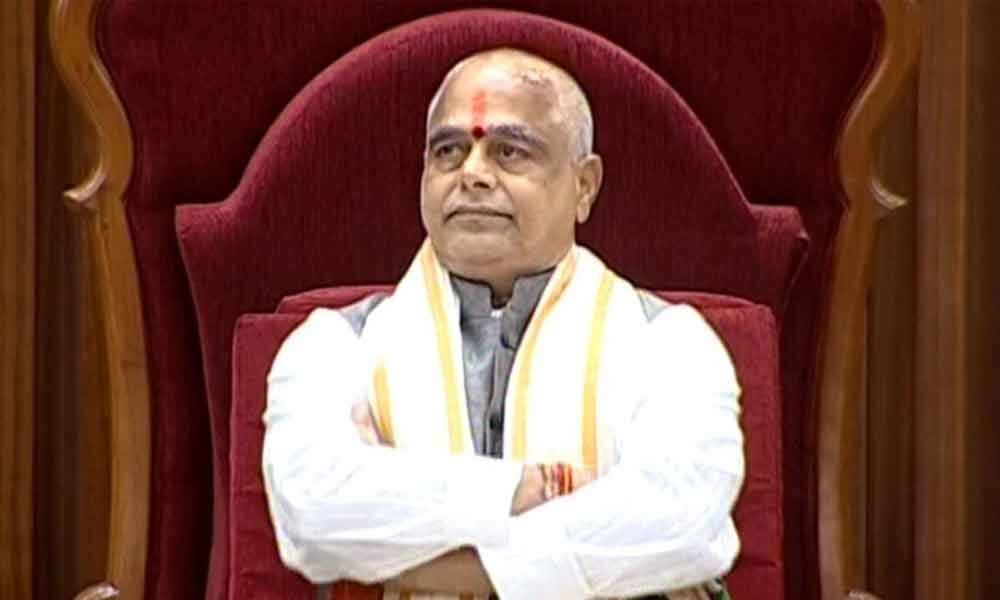 AP Speaker Tammineni Sitaram has said that discussions were held in the Assembly on the people's issues.

The speaker said that notices were issued to three news channels, as they telecasted the happenings against the regulations of the Assembly. How to tackle people who act as if they do not know rules, despite knowing them, he asked.

The Speaker said that the Chief Minister wanted debates on the bills in detail, and that the Assembly sessions could be extended by 3 to 4 days, if necessary, to accommodate the debates.