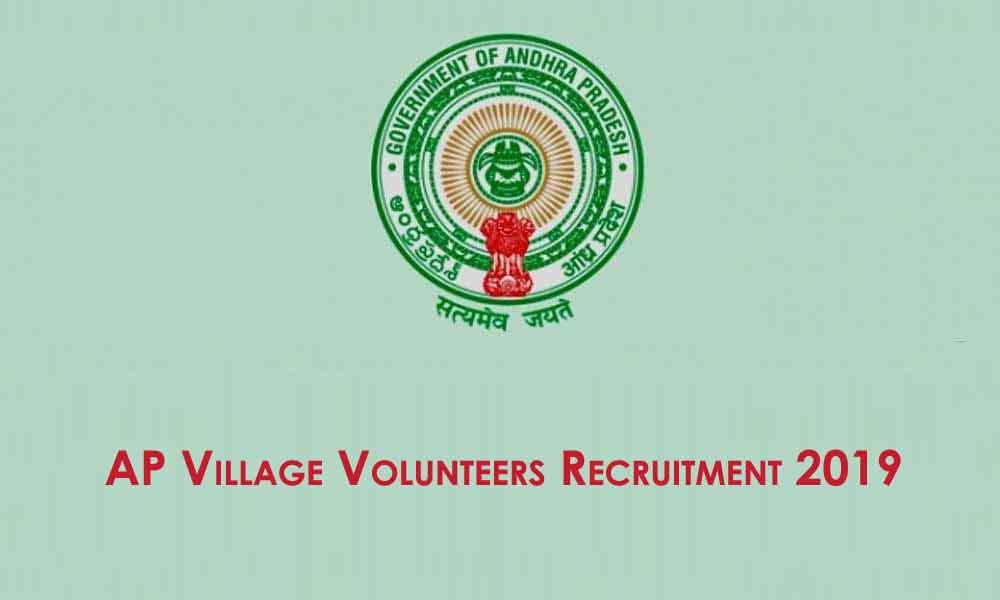 Amaravati: The State government issued notification on Saturday to appoint village volunteers in the State. As per the orders, one volunteer will be appointed for 50 households in the village.

The State government wants to appoint the village volunteers to ensure leak proof implementation of the government programmes and schemes.

According to orders, the applications will be received from candidates from June 24 to July 5. The applications scrutiny will be completed by July 10th and the selection committee would conduct interviews from July 11 to July 25. The intimation letters will be sent to selected candidates on August 1.

The induction and training programme would be given to selected candidates from August 5 to August 10 and the positioning of volunteers would commence on August 15.

In the order, the State government states that it is committed to revamping delivery system in the State with an aim to improve living standards of the people with the scheme of Navaratnalu.

The objective of the positioning of the village volunteers is to ensure timely and transparent services to eliminate the corruption at all levels in the administration.

The interested candidates should apply through website link http://gramavolunteer.ap.gov.in and the selection committee consisting of the MPDO, Tahasildar and EO (Panchayat Raj department).

The State government issued orders in this regard on Saturday. Samuel is very close to the Chief Minister and he joined the YSR Congress after his retirement.

Vijayawada: AICC secretary and former minister Dr Sailajanath appealed to Chief Minister Y S Jagan Mohan Reddy to appoint village volunteers on merit basis to prove that he stuck to the assurance that there would be transparency and no corruption in his administration.

He said in a statement here on Saturday that otherwise, the appointment of volunteers would only be to provide employment to the YSR Congress party workers.

The selection process of appointing volunteers by conducting interviews by a committee headed by mandal parishad development officers appears to favour only the party workers, he said.

The former Minister said that the unemployed youth may benefit if the appointments were made at district-level instead of mandal level. Moreover, if a written test is conducted there would be transparency in appointments, he opined.

He suggested that the appointments could be made on marks list and merit and weightage could be given to additional qualifications and reservations should be implemented. The list of the names of the applicants should be displayed at the village panchayats.