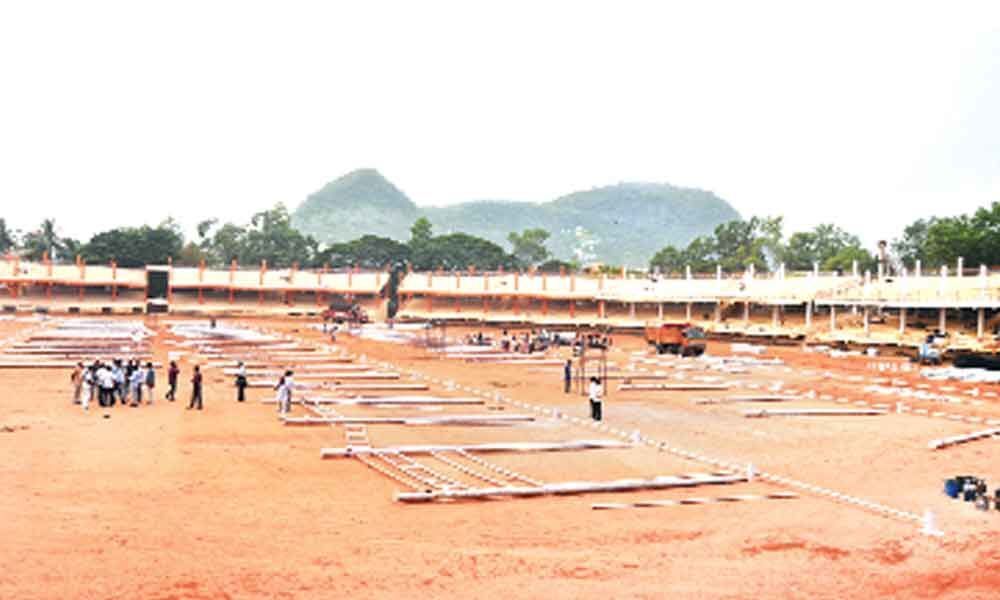 Vijayawada: The Krishna district administration is busy making arrangements for swearing in ceremony of YS Jaganmohan Reddy as

Chief Minister at IGMC stadium on May 30.

On Sunday, district collector MD Imtiaz took part in a meeting with senior officials and leaders of YSRCP to review arrangements. They also inspected the works in stadium.

On the occasion, the collector directed the officials to set up LED screens at main centres across the city to enable people who cannot reach the venue to watch the event live.

Besides, pandals, butter milk and drinking water facilities should be provided to public. He also asked them to erect special galleries in the stadium to provide space for Governors, MLAs, VIPs and media personnel.

The collector asked them to provide necessary arrangements at parking places in the city and on the outskirts. He also directed them to ensure protocol is followed as per the guidelines.

Speaking to media persons at the stadium, former minister Kolusu Pardhasaradhi said that the people had blessed Jaganmohan Reddy as Chief Minister and added that Jagan would bring back the rule of former chief minister late YS Rajasekhar Reddy.