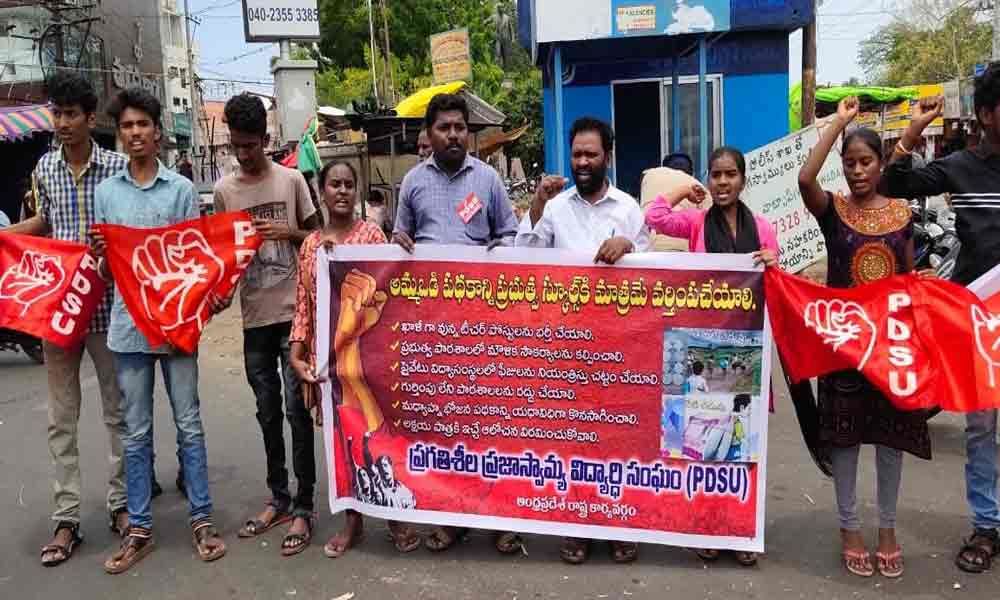 The leaders of Progressive Democratic Students Union (PDSU) staged protest here on Sunday, demanding that the government restrict Amma Vodi programme to the government schools only.

The YSRCP government announced Amma Vodi to increase the school going children in the state and to decrease dropout rate. The PDSU leaders raised slogans to save the government sector schools and to control the corporate and private schools domination in the education sector.

He said that the government must implement Right to Education Act perfectly in the state.