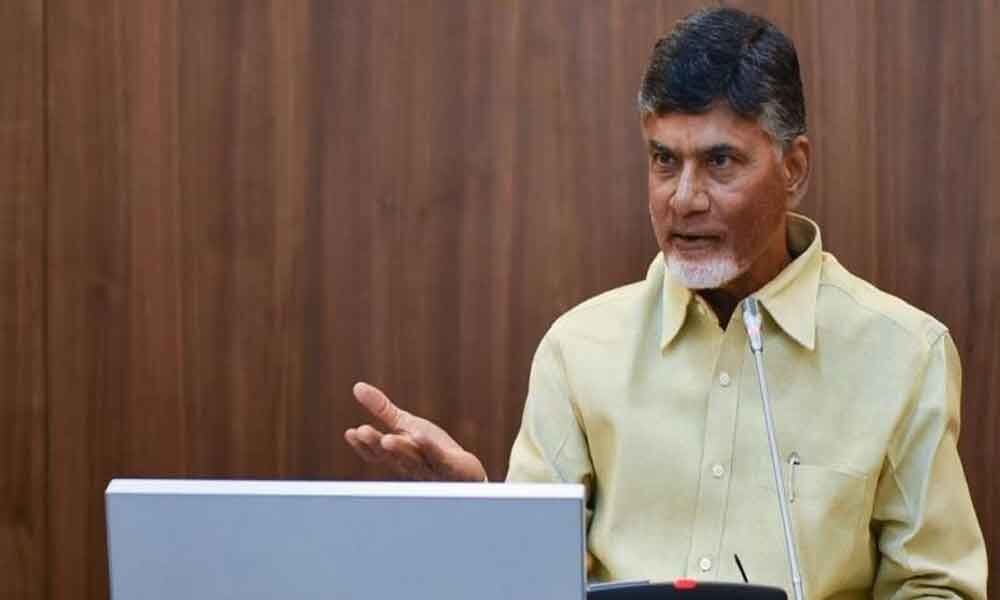 Naidu visited the Polavaram site for the first time after the April 11 elections and inspected the ongoing work.

Also, he has revised the project completion deadline to June 2020 against December 2019 as was promised earlier. "Unless there is a massive flood (in river Godavari) of 15-16 lakh cusecs, we cannot supply water by gravity. However, we will be able to store some 23 tmc ft of water at the project and utilise it downstream," the Chief Minister told reporters at the project site.

Supply of water by gravity means using water to move, over hills and undulations. The distribution network also uses gravity to move water to the taps through thinner pipes.

Naidu visited the Polavaram site for the first time after the April 11 elections and inspected the ongoing work. "Polavaram will be completed in one year from now...100 per cent...no second thoughts," he said. For the past three years, Naidu has been saying Polavaram water would be supplied by gravity by June 2019.

He had promised this during the election campaign last month and reiterated that the project, barring the power station, would be completed by December this year. Last year, Naidu had announced that Polavaram project would be ready by February 2019, ahead of the general elections. "We have so far spent over Rs 16,000 crore on the project. Of this, the state government's share is over Rs 5,000 crore. Of the balance Rs 11,000 crore, the Centre still has to release Rs 4,600 crore to the state," he said.

Despite the severe financial constraints, the state government has been going ahead with the project and has so far completed over 70 per cent of the work, he said. He said the two coffer dams would be completed this season while the project spillway and spill channel works would also be done to the maximum. Asked about rehabilitation and resettlement of the project-affected villagers in the submergence areas, the Chief Minister said Rs 2,992 crore was needed for land acquisition.

"Threat of submergence arises only if the water storage-level touches 41.15 mts. But we are streamlining things to complete the rehabilitation process in 2-3 months in the two Godavari districts. We are focusing on that, apart from the physical work of the project," the Chief Minister said.