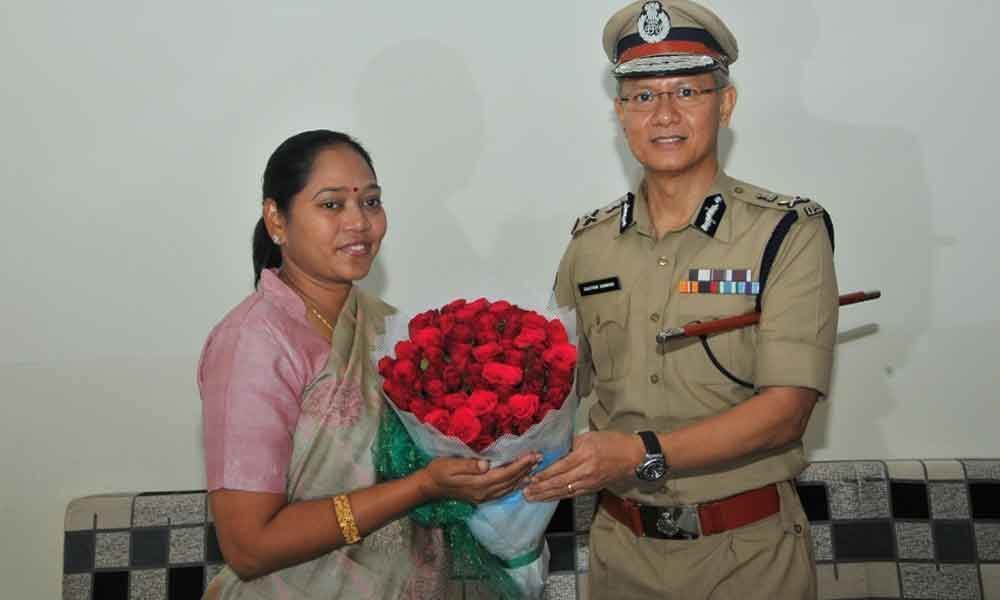 Guntur: Home Minister Mekathoti Sucharita said that political attacks are not good and she condemned it.

Speaking to Director General of Police, Gautam Sawang in the R&B Guest House in Guntur city on Tuesday, she directed to take steps to check the political attacks. It may be mentioned that after announcing the recent Assembly election results in the state,political attacks were on rise. She warned that government will take stern action against anybody if they will create Law and Order problem. She discussed on police welfare with the DGP.

Later, addressing media,Mekathoti Sucharita said that they will take steps to reduce work load on the police following proposal of the Chief Minister Y S Jaga Mohan Reddy. She made it clear that they will give top priority to provide protection to the women.