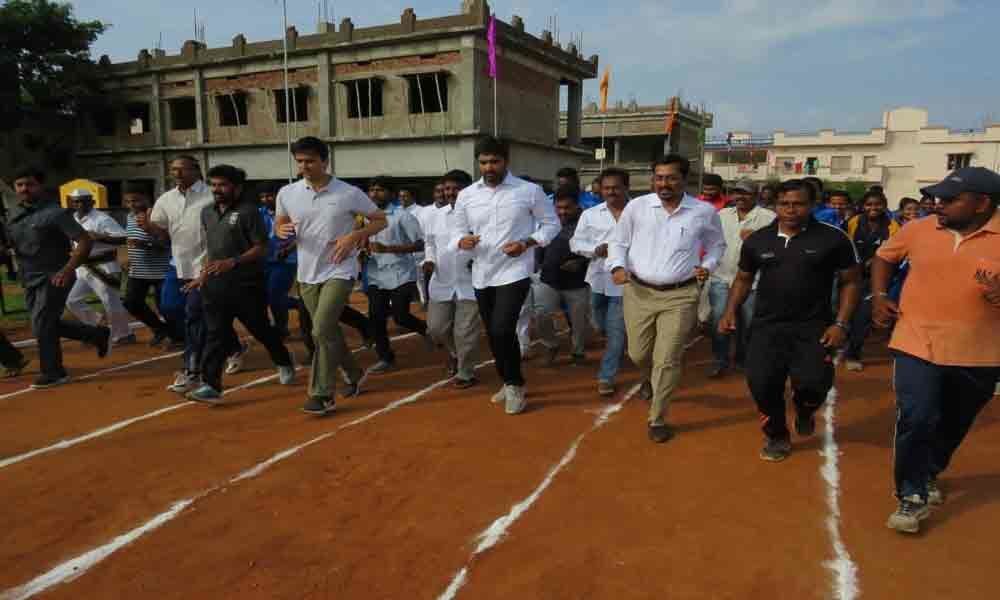 Rajamahendravaram: MP Margani Bharat Ram inaugurated 400 metres running track on the premises of a government college in connection with National Sports Day here on Thursday. The track was constructed by Rajamahendravaram Athletic Association.

Later, the MP said steps would be taken to make the historical city as sports hub to bring its past glory in sports. The government is very much particular to construct a stadium with international standards to conduct national and international sports events.