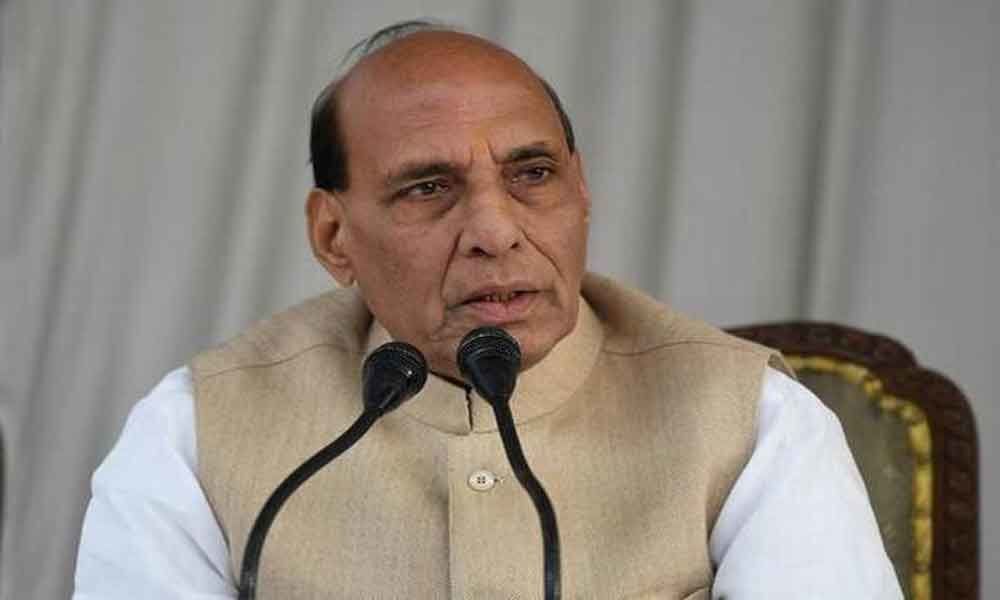 After attending a dinner hosted by the naval officials at the Eastern Naval Command, Reddy left for Vijayawada Saturday.

Singh arrived here by a special aircraft on Saturday and held a meeting with the chief minister and officials of the state and district administration. He also reviewed the progress of infrastructure projects, a government release said.

The Union minster directed the naval officials to continue proactive civil-military synergies and cooperation to expedite the naval projects.

After attending a dinner hosted by the naval officials at the Eastern Naval Command, Reddy left for Vijayawada Saturday.

During his visit, Singh would be apprised on the operational readiness of the Command and other relevant aspects of maritime and coastal security in the Eastern Seaboard at ENC headquarters, according to the release.

He is also scheduled to visit ships and submarines of ENC and interact with the naval personnel and defence civilians prior to his departure to New Delhi Sunday noon.