Rally to create awareness on increasing groundwater levels in Visakhapatnam 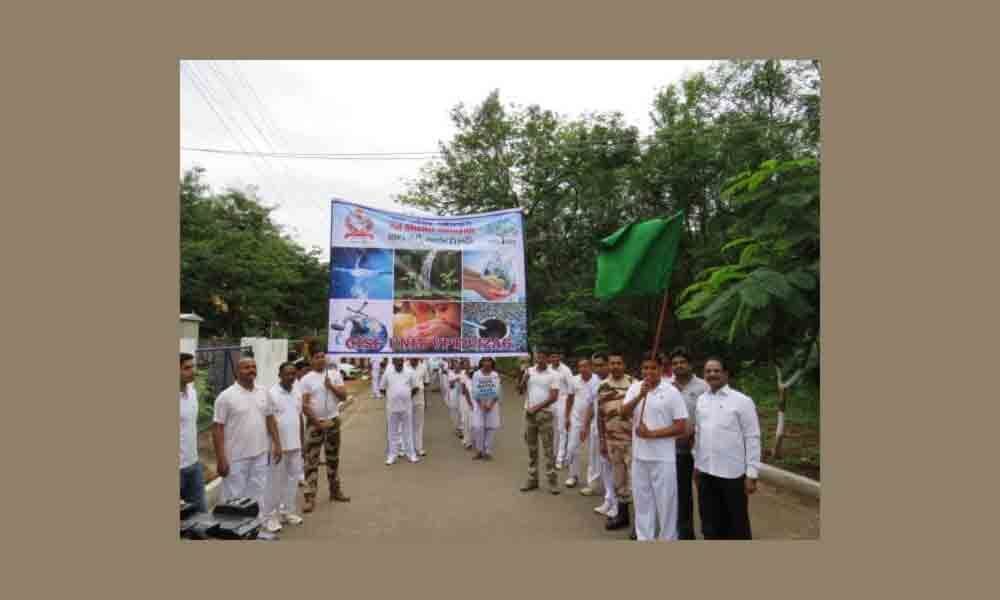 CISF Commandant Vijay Kumar flagged off the rally that aimed to create awareness among public on the importance of increasing groundwater levels. The slogan of the rally is named Jal Shakti Abhiyan.

The rally saw ITBP officials, school children and executive engineer of Andhra Pradesh Pollution Control Board Lakshminarayana also extended support to the endeavour by participating in the rally. Later, they took oath to conserve water.