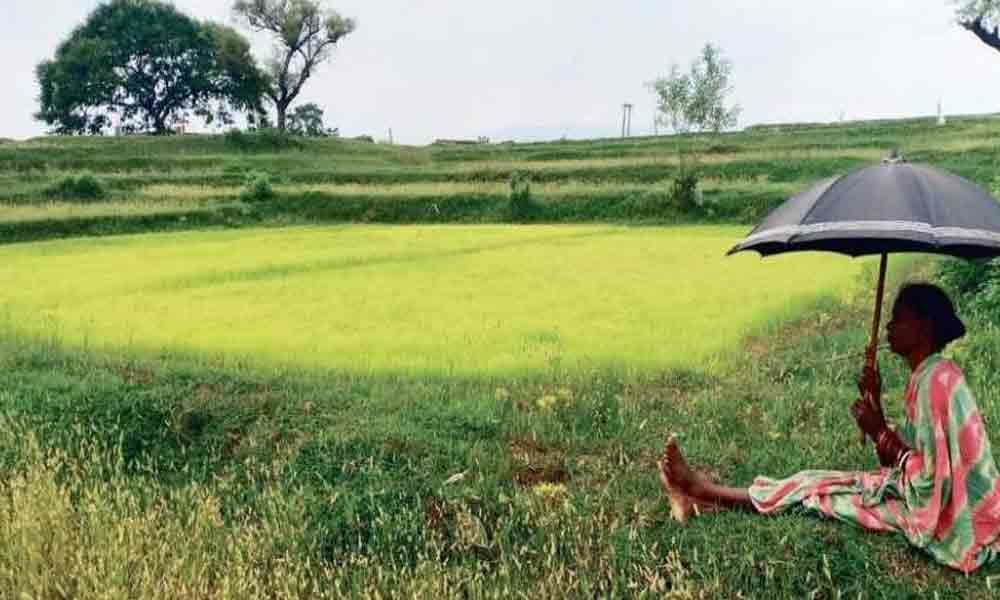 Reservoirs and other water bodies in the district have been receiving water due to rains occurring with the influence of monsoons for the last five days.

Kadapa: Reservoirs and other water bodies in the district have been receiving water due to rains occurring with the influence of monsoons for the last five days. The availability of water in reservoirs and tanks brings cheers to the farmers.

For the past couple of months, farmers have been in despair due to continues dry spell, but the recent wide spread rains have given new hopes to the farmers as they are preparing kharif crop in the district. Farmers of the district proposed to irrigate around 1.50lakh hectares in the current season.

According to the meteorological department, district has received 149mm average rain fall against total 744mm. Simhadripuram mandal has received 29.5mm highest rain fall. Officials hope that the district will receive more rains in the coming days.

But the problem is agriculture department is not able to supply the seeds in time causes unrest among the farming community, said AP Rythu Sangam district secretary B Dastagiri Reddy.

In most of the mandals crops are being irrigated under rain fed tanks canals and motor pumps. It has become common practice to the farmers for praying rain god for rains after sowing of seeds. For the couple of weeks the district has been witnessing wide spread rains and it will help us to irrigate crops, said K Venkataramana Reddy farmer in Simhadripuram to The Hans India.

Joint Director of Agriculture T Murali Krishna said the administration is initiating all steps for supply of water in the kharif season. He said there will be no scarcity of either seeds or fertilisers as government is keen to supply them.