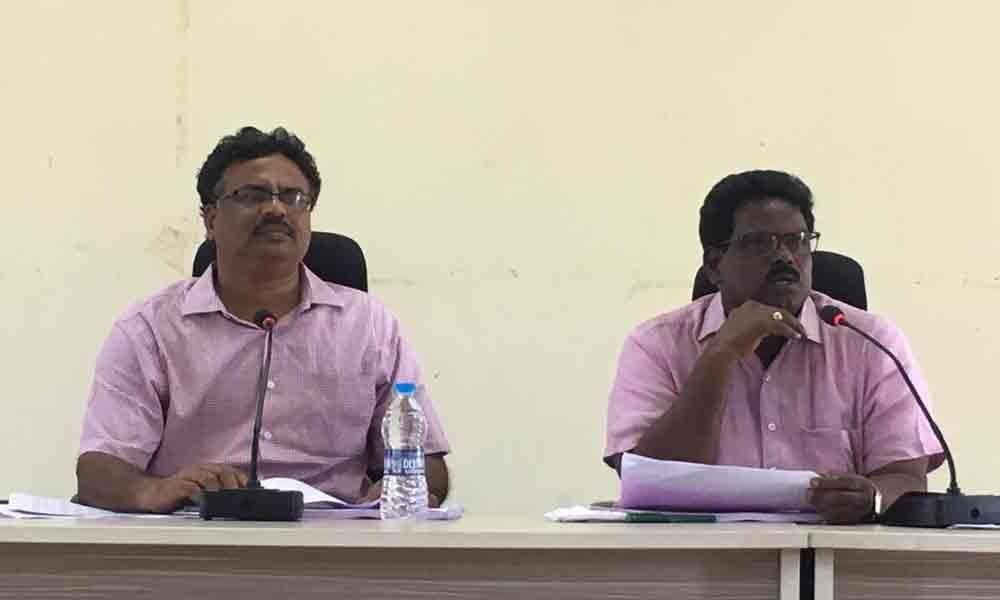 Guntur: Southern Power Distribution Company district superintendent engineer Jayabharat Rao said that due to rains, power supply may be disrupted. "We would have to take precautionary measures," he instructed officials.He said that there is need to reduce gap between power interruptions.

He addressed a meeting with the officials in the office on Thursday. Speaking on this occasion, he directed them to change the electrical poles which were damaged due to strong winds in the district. He said that spot meter assistants are delaying the process of taking electrical meter reading.

It is causing inconvenience to the house owners. He warned that if the same situation will continue, he will take stern action against the concerned officials. He instructed them to collect cent per cent revenue collections and respond on the complaints. Senior Accounts Officer NSS Prasad and SPDCL engineering officials were also present.