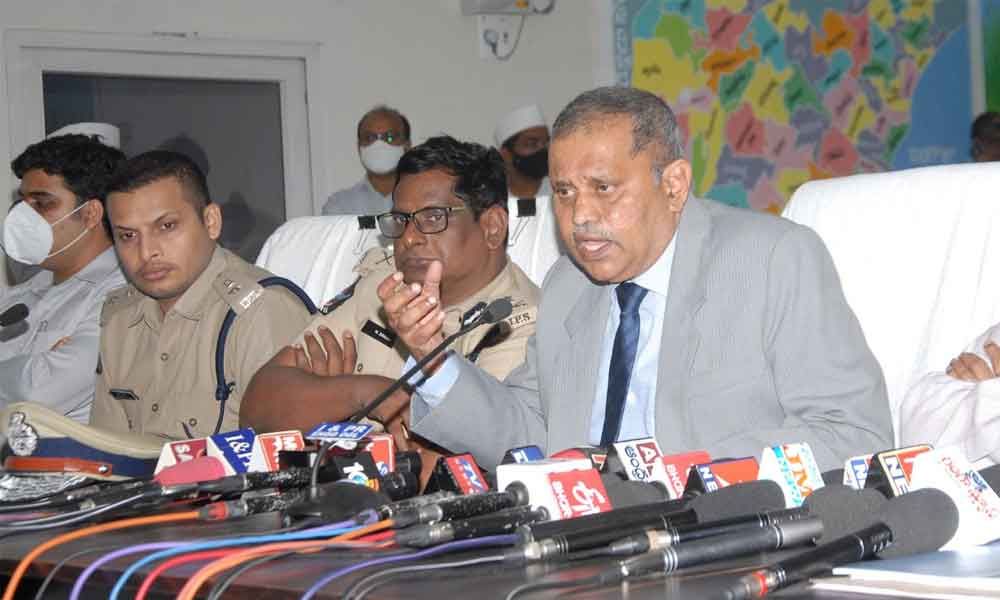 State Election Commissioner Nimmagadda Ramesh Kumar on Thursday said that the SEC is against the unanimous elections, in which the consent is brought by force and ordered the district administration to see the panchayat elections are conducted in a fair and free atmosphere.

Ongole: State Election Commissioner Nimmagadda Ramesh Kumar on Thursday said that the SEC is against the unanimous elections, in which the consent is brought by force and ordered the district administration to see the panchayat elections are conducted in a fair and free atmosphere. Ramesh Kumar conducted a review meeting with the Collector Dr Pola Bhaskara, SP Siddharth Kaushal and other concerned officials at the Collectorate in Ongole on Thursday afternoon. Speaking to the media later, Ramesh Kumar said that the AP High Court has removed the last obstacle to stop the panchayat elections by upholding the decision of the SEC to go for panchayat elections with 2019 voters' list. He said that no force can stall the democratic process of panchayat elections, which are also important as the general elections. He said, if the system in a democracy is governed by only a few people, it will become weak and obsolete.

The SEC said that people of Prakasam district are active in the utilisation of their right to vote to register more percentage than the average of the State regularly, and asked everyone to cast vote in the coming panchayat elections too. He said that the Covid cases are reduced with the measures taken by the State government and district administrations, and the Supreme Court and High Court have supported the decision of the SEC to conduct the panchayat elections at this time. He appreciated the government officials, particularly from Revenue and Police departments for working more hours daily with a commitment to conduct panchayat elections successfully.

Ramesh Kumar said that he is opposing the unanimous elections with complete awareness. He said that the public wants to utilize the benefits and reservations and prove their mettle by becoming leaders at the ground level. He trashed the remarks that panchayat elections develop feuds between groups, and added that differences exist until the election is complete and the public will unite once again in taking decisions for the village. He said that demanding the public to follow one voice is a monarchy and ordered the officials to help the fruits of democracy reach all. The state election commissioner clarified that he is not against any political party or person and he is discharging his duty according to the constitution and irrespective of the emotions. He said that the eWatch app is launched to receive information and complaints from the public and they will also take feed by sending the action taken report to the complainant.

Ramesh Kumar added that the village panchayats are already receiving funds as per the Articles 73 and 74 in the Constitution and from the Finance Commission directly, and it is the duty of the State Election Commission and district administration to see that they have progressive leadership.