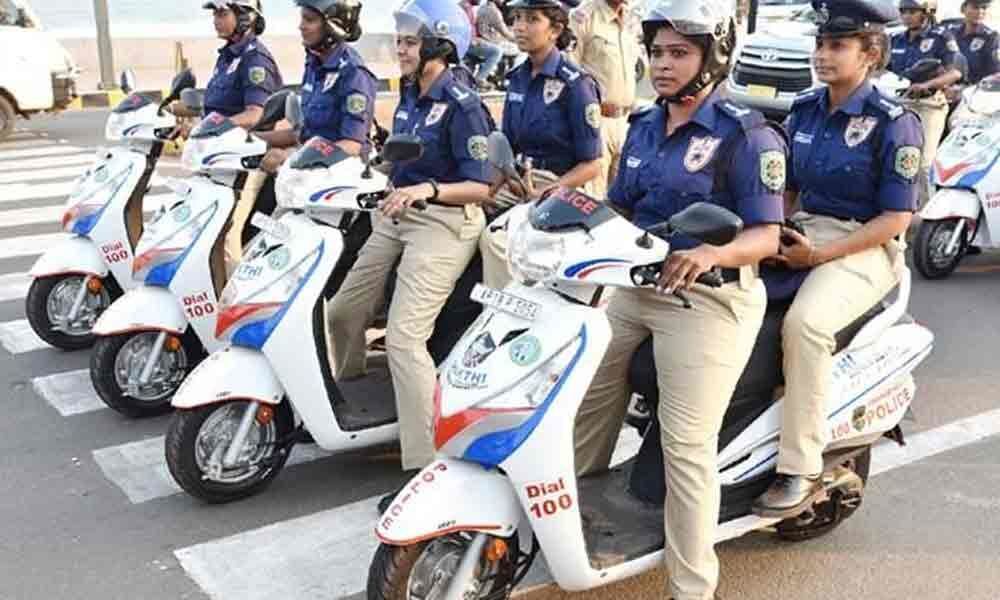 x
A file photo of Shakti teams on vehicles
Highlights

District police is strengthening women protection system by replacing the SHE teams with Shakti teams.

Nellore: District police is strengthening women protection system by replacing the SHE teams with Shakti teams. A 24-member team was trained for the purpose and are being equipped with unique uniforms and Honda vehicles shortly. Officials say the team is going to press into action soon. In fact, these SHE teams were formed in the city in December last for taking action against the eve-teasers.

Police officials also started conducting awareness sessions to the students of various educational institutions in the district on future legal implications if they commit such offenses. As planned, the district police formed 10 teams in city limits for preventing any crimes against college girls, employees, and women.

There are six police stations in the district headquarters and on team was attached to each police station. Remaining four teams were entrusted to the Women Police Station for raising to the occasion as soon as they get any emergency calls from the victims.

The teams normally keep a tab at colleges, offices, railway stations, bus complexes, shopping malls, cinema theatres, important junctions and other places in mufti and take eve-teasers into custody immediately after they indulged in eve-teasing. Each team consists of four members.

"Initially, the response was good and there was no use at all with these teams. So, the government planned them to convert them as well-trained teams to tackle any issues with vehicles and other equipment. So, we expect more activity in the future with Shakti teams for preventing any teasing and harassment to the women in the city," said a senior police officer. Now, there would be awareness sessions and also action against them if people commit offenses, he added.

A SHE team member said there is no specific place for eve-teasing, and it is occurring wherever women found lonely and in remote places. In city also, there are many places witness such a trend. Official added that the specialty of the Shakti teams is they were trained in self-defense techniques and knowledge on legal consequences if a case is booked under specific sections.

Each member of the team will have a motorcycle for fast mobility for attending any complaints and these teams also interact with students at educational institutions for imparting awareness on the presence of the teams and what they have to do in a troubled situation. Officials said the complaints received over police helpline 100 would automatically be forwarded to the Shakti team concerned for immediate action.